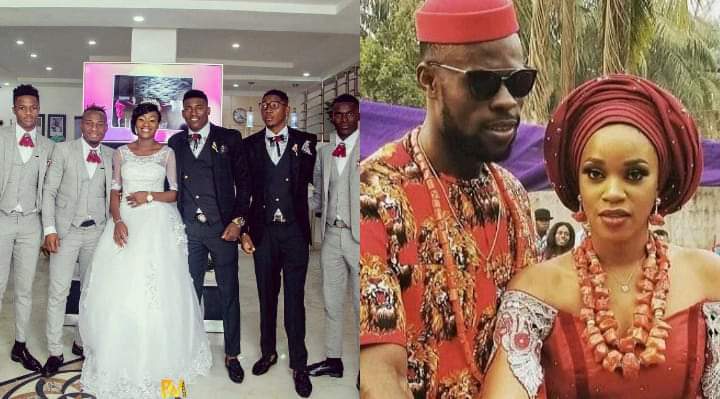 Marriage is a part of human culture and the basis for forming a family. In this article we shall discusses two Nigeria Super Eagles player that get married at age 20, there is a stage in every person’s life which he or she believes is the right time for marriage.

The time for marriage differs from person to person as for some it could be at early adulthood while for others at a later age. Contained in this article are two Nigerian professional footballers who got married at the age of 20.

Taiwo Micheal Awoniyi is a Nigerian professional footballer who plays as a forward for German Bundesliga side Union Berlin.

He has become one of the hottest young strikers in Europe due to his exploits for Union Berlin. The 24-years-old striker has scored 7 goals in 9 Bundesliga games in the 2021/22 season.

Three years ago, precisely in June 2018 When Awoniyi was still 20-years-old, He got married to his long term partner Taiye Jesudun in a traditional wedding in Kabba, followed by a white wedding in Ilorin. Their marriage is blessed with a son.

Francis Odinaka is a Nigerian professional footballer who plays for Omonia as a goalkeeper. He was born on 28 October 1998 and is currently 23-year-old.

The young goalkeeper was tipped by many to become Vincent Enyeama’s successor in goal but the 23-year-old has lost his number one shirt to Maduka Okoye.

In December 2018, when Uzoho was still 20-years-old he married his long time girlfriend, Chinyere at a traditional wedding ceremony in Imo State. His Beautiful wife’s name is Chinyere whom he refers to as Soomie. Their marriage is blessed with a son.