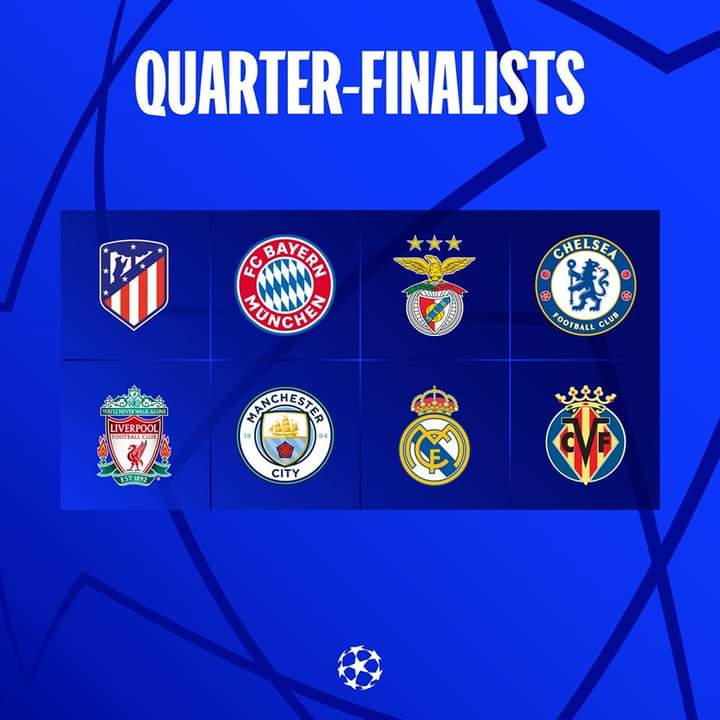 The draw for the quarter-finals stages of the UEFA Champions League will be held on Friday 18th March, 2022, in European football governing house in Nyon, Switzerland.

The round of 16 clashes have seen Manchester United, Juventus, Ajax, Paris Saint-Germain, LOSC Lille, Sporting CP, Salzburg and Inter Milan drop out in the round of 16 ties.

The reigning European Champions Chelsea endured some difficulties in the first half particularly when briefly falling.

Chelsea offered a controlled performance before the break to secure safe passage to the Champions League quarter-finals with a regulation victory.

Wins on either side of the English Channel see the Champions eliminate a brave but ultimately limited Lille side, whose realistic hopes dissipated when Christian Pulisic turn the ball home to equalizer in first stoppage time. 2 Teams Chelsea face in the quarter-finals of the UEFA Champions League this campaign.

The draw will be held on Friday ,as the 8 teams that have qualify will be looking to know their opponents in the quarter-finals stages of the competition.

Meanwhile, the reigning European Champions Chelsea have an excellent record of 5 clean sheets and 6 win in 8 games this season.

The Blues might be a bit happy if they are drawn against Atletico Madrid, having beaten the side last season home and away. They will go into the clash with extra confidence as might win the games.

Chelsea could be drawn to play against Portuguese side Benfica, as the Blues have defeated Benfica in UEFA Europa League.