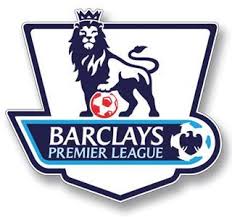 Apostle Johnson Suleman of the Omega Fire Ministries, Auchi, Edo State, has tipped Arsenal to clinch the final spot of the Champions League automatic qualification for next season.

His belief in Mikel Arteta’s Gunners was brightened after their 2-0 win over Leicester City on Sunday.

The Gunners returned to fourth spot, leap-frogging Manchester United after the victory, with goals from Thomas Partey and Alexandre Lacazette sealing a crucial Premier League win.

Arteta maintained the same side that defeated Watford 3-2 last time and the cleric, who is a die-hard Arsenal fan, believes that with consistency in results matched by consistency in selections, Arsenal can finish the season, clinching the fourth spot.

Arsenal have three games in hand, which is a very big advantage over their closest challengers, Manchester United. And winning their outstanding matches means they would be in the Champions League next season.

“Now that’s how you play at home to climb back to top 4 with 3 games in hand,” the cleric tweeted.

He went further to name the two outstanding players on the Arsenal side for the night, picking out Martin Odegard and Thomas Partey for praise.

“Odegaard is a baller. Partey also! The whole team played well.Brilliant,” he wrote.