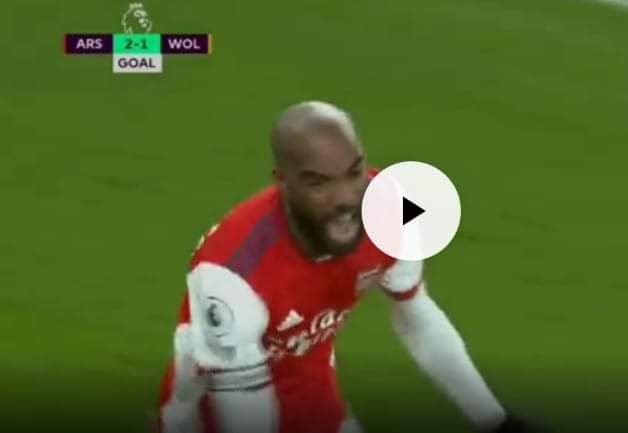 Arsenal have continued their momentum run of form after came from behind to claimed all three points against Wolverhampton Wanderer on Thursday evening.

The Gunners made perfect start to the game by created had opportunity from spot as Gabriel Martinelli foul inside the box by Semedo, but Video Assistant referee made failed to make correct decision.

Several minutes later, Wolves taken the through Hwang Hee-chan, who nips in to pick off Gabriel’s pass and rounds Aaron Ramsdale to scored a lovely goal.

The Gunners continued dominating possession and created chance but failed to converted it until second-half when Nicolas Pepe was brought in.

The Ivorian level it for Arsenal just tenth minutes to go. Martin Ødegaard with an amazing ball. Great composure from Eddie Nketiah and Nicolas Pépé makes it look easy.

Alexandre Lacazette, who missed two chances netted the winner goal in the stoppage time of the game as Mikel Arteta’s men continued impressive performances at Emirates stadium this season.