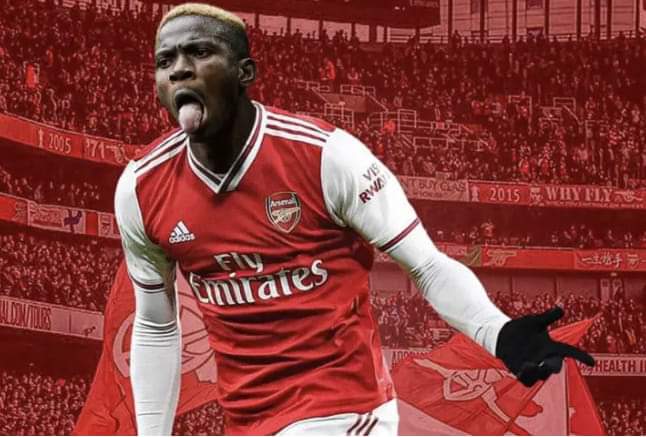 Arsenal are eager to sign Victor Osimhen but will have to compete with Newcastle to do so, The Sun claim. The Gunners are desperate to sign a striker before next season.

According to Gazzetta dello Sport, Arsenal could make a £60million summer swoop for the Nigerian.

Chelsea are believed to have made an enquiry for Juventus left-back Alex Sandro, according to reports.

The Blues have been heavily linked with the Brazilian defender many times in past transfer windows, with his name popping up once again as a potential target for the west London club.

Barcelona are confident that they can pip Tottenham to the signing of Wolves winger Adama Traore, claims ESPN.

The Spain international appeared destined to be heading for north London at one stage, but a La Masia academy graduate has delayed agreeing a deal there after being made aware of interest from Catalunya.

Manchester United continue to be linked with West Ham midfielder Declan Rice, and the Manchester Evening News claims he will cost the Red Devils around £100 million ($134m) in the summer.

Those at Old Trafford are also looking to keep Borussia Dortmund star Jude Bellingham sweet ahead of efforts to land another England international in upcoming windows.

Liverpool are looking at Dybala (TMW)

Liverpool are, according to TMW, keeping a close eye on Paulo Dybala’s situation at Juventus.

The Argentine forward is yet to sign a new contract in Turin and could become a free agent this summer, with Premier League heavyweights at Anfield and Serie A champions Inter said to be mulling over approaches.

Everton striker Ellis Simms has completed a loan move to Heart of Midlothian and will spend the remainder of 2021/22 with the Scottish Premiership club.

Simms made his senior Everton debut when he started the Premier League draw at Chelsea last month.

OFFICIAL: Megan Rapinoe and Rose Lavelle are back with OL Reign.

The National Women’s Soccer League club re-signed Rapinoe to a one-year deal while Lavelle’s new deal is for two. Rapinoe and Lavelle were on the U.S. team that won the World Cup in 2019.