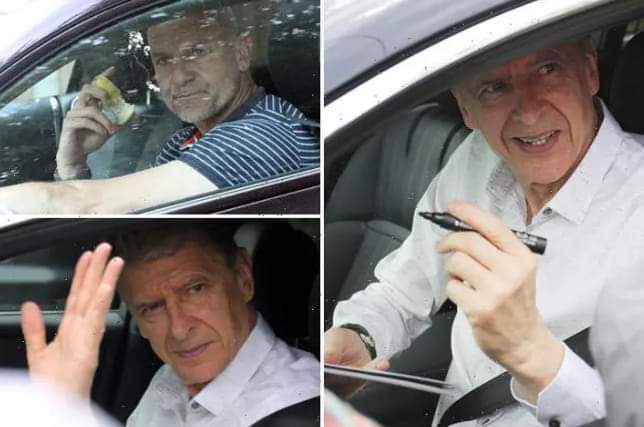 ARSENE WENGER cleared out his desk at Arsenal’s training ground as he left London Colney with Steve Bould for the last time on Monday.

The Gunners chief, 68, left training for the last time as the club look set to appoint Mikel Arteta as boss.

Wenger has called time on his 22-year stint in North London and signed-off Monday’s session with a wave.

The Frenchman was seen driving away from Arsenal’s training facility wearing a crisp, white shirt.

Thoughtful-looking Wenger did find time to crack a smile and even sign an autograph for one lucky fan.

But it was an otherwise emotional day for the soon-to-be former Gunners chief as he drove off into the sunset one last time.

Now, Arsenal will turn their attention to who will take over the reigns at the Emirates.

Massimiliano Allegri was the early favourite, but after he announced he would be staying at Juventus for at least another year, the Gunners looked to ex-midfielder Arteta.