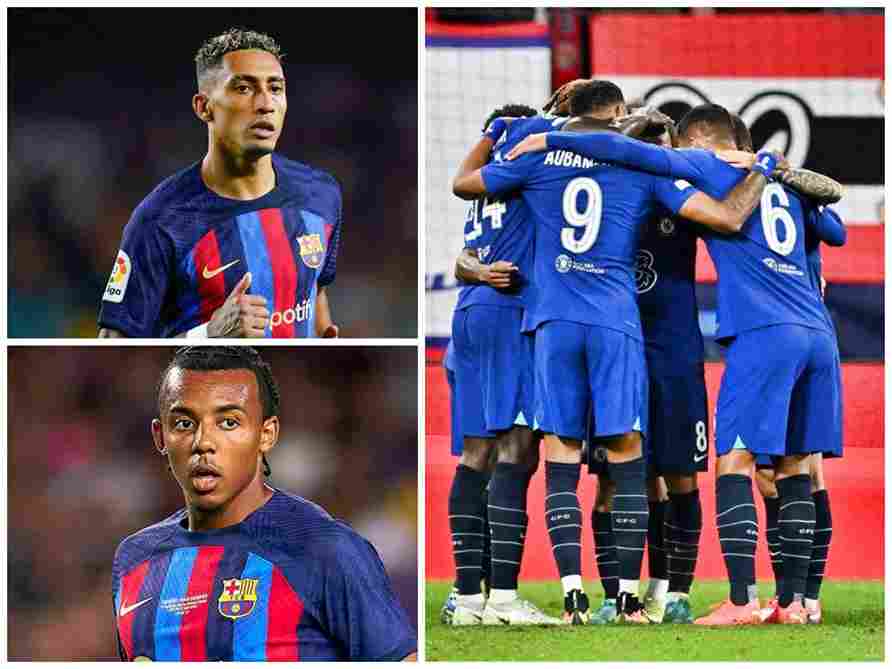 FC Barcelona have crashed out of the UCL to the Europa League play-off for the second season in a row. Meanwhile, their early exit has explained why Raphinha and Kounde made mistakes by choosing to join them in the summer window over Chelsea.

Raphinha while at Leeds United was Chelsea’s number one summer target and Leeds had agreed to Chelsea’s offer before the Brazilian opted out and choose to join Barcelona as the club was his boyhood dream.

Jules Kounde has been Chelsea’s potential target since 2021 and the blues finally made the offer to sign him from Sevilla in the last transfer window but Kounde accepted Barcelona’s offer.

However, Chelsea has qualified for the UCL round of 16 following their 2-1 win against Salzburg last night as Barcelona was eliminated tonight. This shows that both Raphinha and Kounde made mistakes by Joining Barcelona instead of Chelsea.

Bayern Munich compounded Barcelona’s problems by defeating them by 3-0 at Camp Nou tonight which summed up their awful performances as they crashed out of the UCL.

Pierre Aubameyang was delighted to joined Chelsea as he leave Barcelona during the summer transfer deadline day, as Raphinha and Kounde are not happy with their champions league exit and join Europa league following their defeat to Bayern Munich at Nou Camp.
Chelsea’s Aubameyang is still playing in the Champions League game while Raphinha and Kounde depot to Europa league over their poor transfer decision