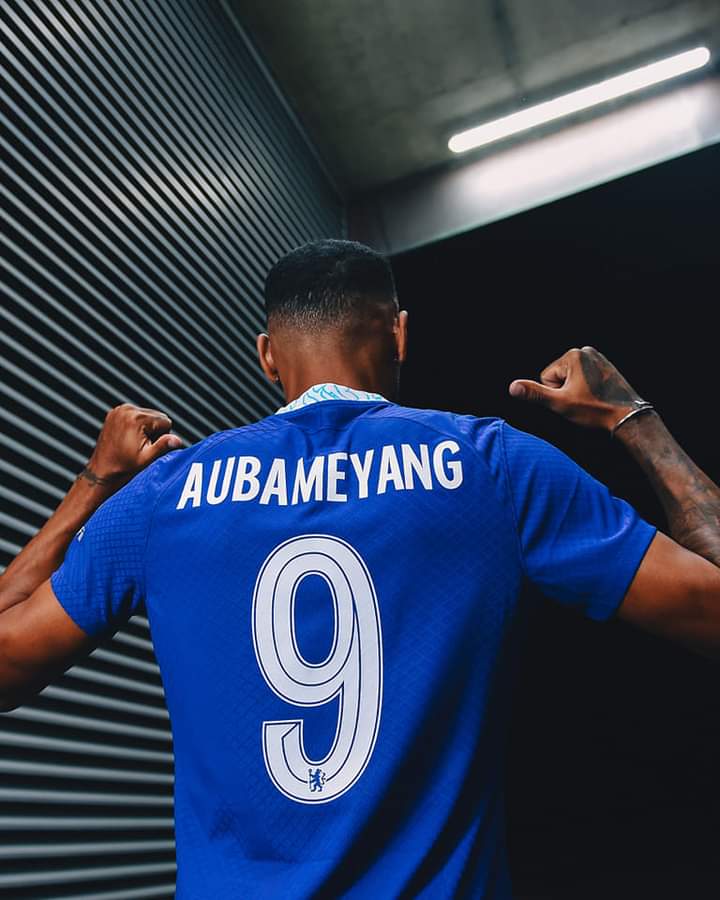 They wanted him, now they got him but what prompted Chelsea’s new no. 9 to decide a move back to the Premier League and to London wasn’t worth turning down?

It was probably a move that came more of a surprise considering it wasn’t quite long that Aubameyang left London for Barcelona as Arsenal terminated his contract 8 months ago to make the move a possibility.

With the striker joining Chelsea in a deal worth £10.3m, the Chelsea new no. 9 explained his reasoning, first by declaring his happiness at returning to the Premier League and to London.

“I’m really happy. It’s an honour to be part of this team and I can’t wait to start.” He said on joining the Blues.

“I have some unfinished business with the Premier League so it’s good to be back and really exciting.” Aubameyang revealed.

“Pierre-Emerick is an elite striker with a proven track record in the Premier League and his arrival strengthens our squad, giving us new attacking options.

“We are thrilled to have Pierre-Emerick on board with us in the new era at Chelsea and we’re really looking forward to working with him.”

Aubameyang spent four years with Arsenal, w. he scored 92 goals in 163 appearances, and with him joining the Gunners’ rivals, the Arsenal fans will hope his ‘unfinished business’ statement does not mean a revenge on Arsenal or Mikel Arteta.

But then, that is what makes football the game it is at the moment, something the Chelsea new no.9 is quite aware of.