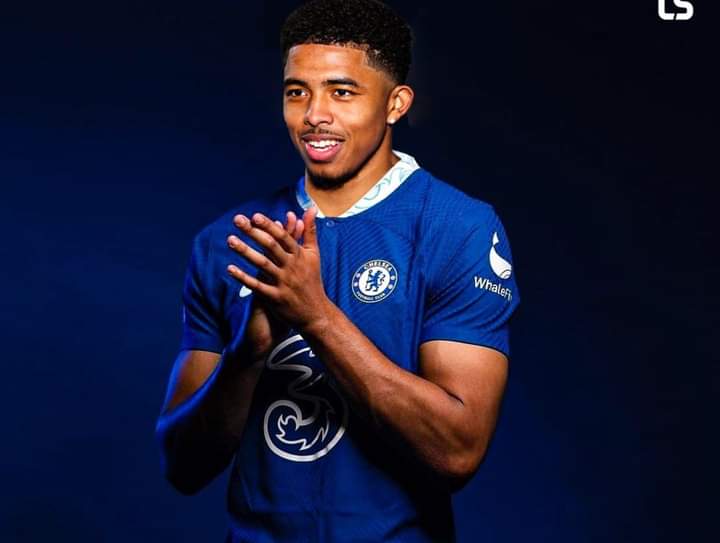 Chelsea have reached verbal agreement with Leicester City as they meet demand to sign Wesley Fofana this summer according to RMC Sport.

Chelsea are in the final stage to complete signing of Fofana as verbal agreement reached and paperworks with other documents will be submitted to Leicester to proceed to the final stage of the transfer deal.

According to The Guardian, Wesley Fofana is keen to join Chelsea in the ongoing transfer window and is already pushing Leicester City to sanction a sale. The Foxes are set to demand a world record fee for the French centre-back, with the Blues reportedly willing to match their £85 million asking price.

The Wesley Fofana transfer saga could be concluded sooner rather than later, as Chelsea are prepared to go all out to sign the French defender. Thomas Tuchel is keen to add a new member to the Blues’ defensive unit after bringing in quality players that have shone in the last couple of weeks.

Summer arrival Kalidou Koulibaly scored in Chelsea’s 2-2 draw against Tottenham, with fellow new signing Marc Cucurella providing the assist for the goal. Tuchel’s biggest need is to deploy star man Reece James in a familiar right wing-back role, from where the England international got his goal after switching from a centre-back position.

The departures of Andreas Christensen and Antonio Rudiger depleted Chelsea’s defensive options. Koulibaly and Cucurella strengthened the backline sufficiently, but the need for a new player for the back three is essential, with Wesley Fofana their top target.

Leicester City have already rejected a bid of over £70 million earlier and have maintained the stance that the player is not for sale. However, with the French defender reportedly considering joining Chelsea, the Foxes may have changed their position and could sanction a deal.

Chelsea were handed a boost knowing Leicester could set a price, which could be a world record fee for a central defender. The Guardian suggests the demand could be around £85 million, which is sufficiently more than what Manchester United paid for former Foxes star Harry Maguire a few years ago.

The report claims their sources reveal Chelsea may be open to meeting the asking price, meaning a deal could be concluded sooner rather than later. Meanwhile, Fofana is now pushing to join the west London outfit, which could pressure Leicester to sanction a sale.

In addition, Fabrizio Romano has claimed that Chelsea have agreed on personal terms with Fofana and could get the contracts ready in case the two clubs find an agreement. He also suggests that the Blues are preparing a new bid for the defender, meaning talks could accelerate.

Things could move in the right direction when Leicester clearly indicate their intention with Fofana. As things stand, they might be ready to accept a huge bid, as the French defender is keen on joining Chelsea.

According to the latest development from Wesley Fofana deal, RMC Sport reports that Chelsea and Leicester have reached agreement for potential signing of Fofana to Stamford Bridge.

“Verbal agreement between Chelsea and Leicester for the transfer of Wesley Fofana. The two clubs who have been talking for several weeks are on the way to concluding the transfer. An agreement was reached around a record sum for a 21-year-old defender.”