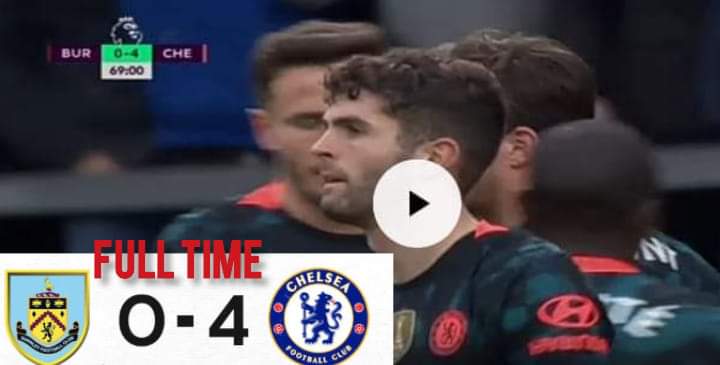 Chelsea FC have defeated Burnley 4-0 in the Saturday’s premier league fixture at Turf Moor, as Reece James return with a goal, Kai Havertz netted brace and Christian Pulisic register his name in the scoring sheet.

The Sport Info learnt that Mendy keep another premier league cleansheet in Chelsea’s 4-0 win over Burnley on Saturday afternoon in the EPL title race.

He finds Kai Havertz in the process, with a simple header being enough to beat Burnley’s Nick Pope for a second goal today!

Two minutes from scoring his first goal, Havertz adds a second for himself and the Blues’ third goal of the day with a tap-in from Reece James’ low cross to the small area.

However captain James Tarkowski puts himself in play again with a misplaced clearance turned assist to the American attacker, whose reaction shot is lightning quick. And so, Pope is once again beaten and Chelsea extend their lead four-fold!