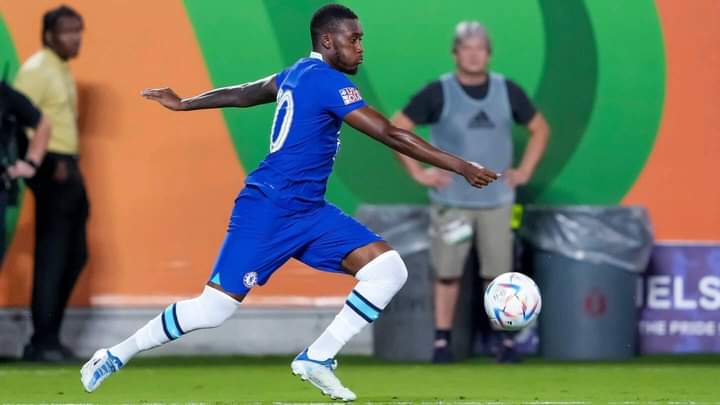 Callum Hudson-Odoi is likely to leave Chelsea this summer after Thomas Tuchel’s latest stance on the winger was revealed, according to reports.

The 21-year-old’s promising young years have been disrupted through injuries and lack of consistent game time, which has seen him make 72 Premier League appearances, scoring just four goals and registering 12 assists.

Hudson-Odoi missed a large part of the 2021/22 season due to an Achilles injury and last featured in a league game back in January.

He returned early to Cobham for pre-season to continue his recovery ahead of the rest of the squad’s return as they flew out to the USA for their pre-season tour Stateside.

No decision has been made yet over whether or not Hudson-Odoi is part of the attacking plans at Chelsea next season following the arrival of Raheem Sterling from Manchester City.

An attacking exodus is on the cards, with Timo Werner and Hakim Ziyech both linked with moves away, which has already seen Romelu Lukaku leave the club after just one season.

But now reports from Rahman Osman claim that Hudson-Odoi is likely to leave Stamford Bridge this summer.

There is nothing concrete currently, and interest is ‘quite minimal’ at this moment in time.

It is reported that Hudson-Odoi is not high on Thomas Tuchel’s list of players he is counting on in the 2022/23 season.

Hudson-Odoi got back on the grass to play for the first time ahead of the new season against Club America earlier this month in their 2-1 win in Las Vegas, and was delighted to be back involved with his teammates.

He said: “It was good. Buzzing to be back with boys.

“Good result, and we keep working.

“I feel much stronger, the first game back in a while, but I felt great.

“Everybody got told they were playing 45 to build the fitness up in the legs.”

Hudson-Odoi has one final chance to stake his claim to Tuchel to get in the starting XI for their Premier League opener against Everton next weekend.

Chelsea head out to Italy to face Udinese at the Dacia Arena in Udine on Friday night in their final game of pre-season before the new season gets underway.

But what isn’t certain is Hudson-Odoi’s future. Whether he stays or goes remains unclear, but the opening weeks of the season will give a clearer picture of what his role will be in the Chelsea side.