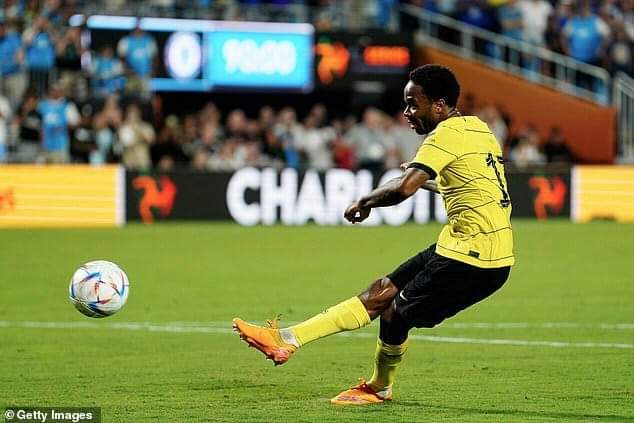 Daniel Ross scored from the spot to cancel Christian Pulisic’s opened after Trevor Chalobah blocked an effort with his arm. During the penalty shootout, Conor Gallagher missed his penalty and the host came out victorious. However, it should be noted that the 27 year old showed a glimpse of what the Blues would get when the pre-season starts as he utilizes his pace to cause problems for the opponents at the back. He made a surge past four defenders and he also had an effort saved by Goalkeeper after getting in behind Charlotte defence.

It was a low key 45 minutes for the English winger but he would be delighted to have converted his spotkick.