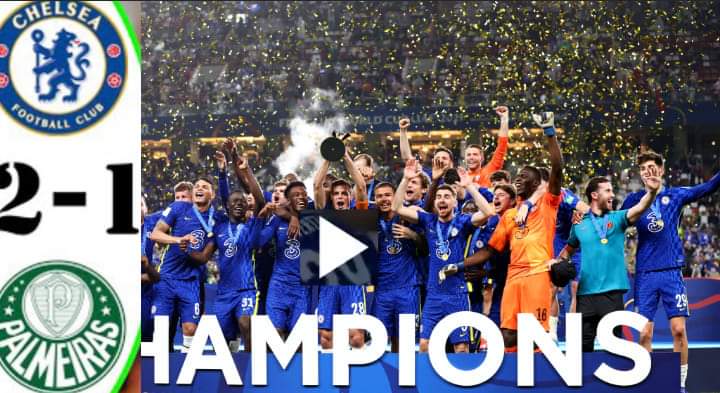 Belgium striker Romelu Lukaku scored to put Chelsea in from after the break.

The Blues were pretty poor in the first 45 minutes, but they came out with fresh impetus in this second period.

Callum Hudson-Odoi worked his way down the left hand side and stood up a lovely ball for Romelu Lukaku to attack. He beat two central defenders to it and nodded the ball beyond the goalkeeper.

That should give everyone a lift. Now let’s push on for a couple more! This is a dangerous Palmeiras team and they could strike back at any moment.

You can see the goal in the clip embedded here: