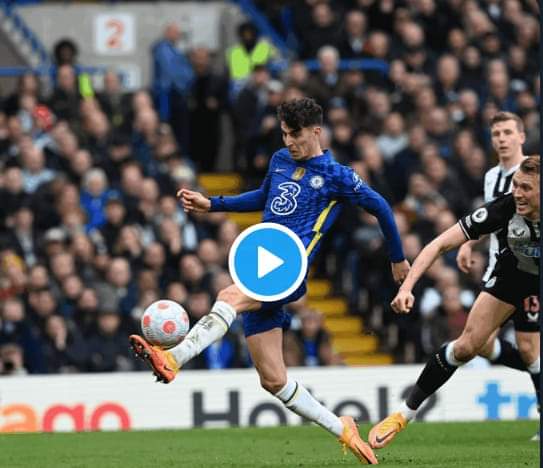 Chelsea recorded a 1-0 win over Newcastle on Sunday as Mendy kept another cleansheet after a magnetic touch and quality finish from Kai Havertz change the mood of the fans at Stamford Bridge.

The Sport Info reports that Jorginho launch a long pass into the Newcastle box as Havertz control touch is masterclass and quickly slashed the ball in the back of the net.

Kai Havertz late goal burst Stamford Bridge as fans and Thomas Tuchel celebrate the goal in a unique ways at 89 minutes of play.

“We needed that one quality pass, a quality run and what a quality finish”

Emotional was high due the UK government sanctioned on Roman Abramovich which has affected the club, the manager and the players but they give a good fight to secure the victory.

Chelsea legends John Terry and Petr Cech with club Chief Marina Granovskaia were at the Stamford Bridge to give full support to Chelsea in thier premier league home game against Newcastle.