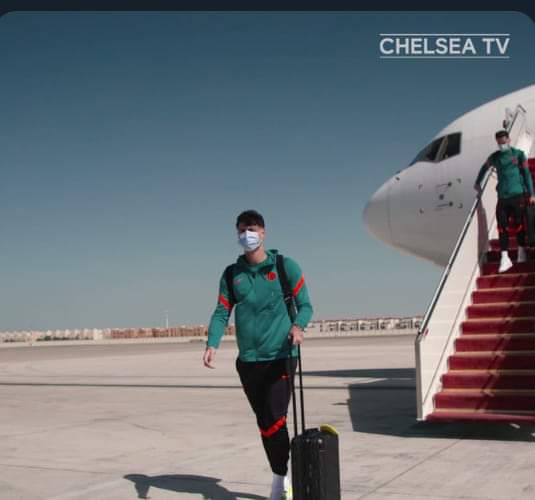 Chelsea have landed in Abu Dhabi ahead of their Club World Cup campaign, which begins on Wednesday.

Thomas Tuchel is not part of the travelling party after testing positive for Covid-19.

The most notable player pictured is Reece James, who was assumed to be left at Cobham to work on his rehabilitation.

However, he is with the squad in Abu Dhabi, leading to speculation surrounding his availability.

It could be, simply, that he has been named in the travelling party in order to collect a medal if the Blues are to win the tournament.

However, Chelsea fans will be hoping that he can get some minutes under his belt as he targets a comeback from injury.

Chelsea will be keen to be on their best form in order to lift the trophy for the first time in their history.

Werner is not the only player looking to lift the trophy, as Mason Mount also revealed his ambition to win the title next month.

Chelsea last competed in the Club World Cup back in 2012 in Japan, under Rafa Benitez.

The Blues got to the final but missed out on lifting the trophy as they fell to 1-0 defeat against Brazilian side Corinthians.