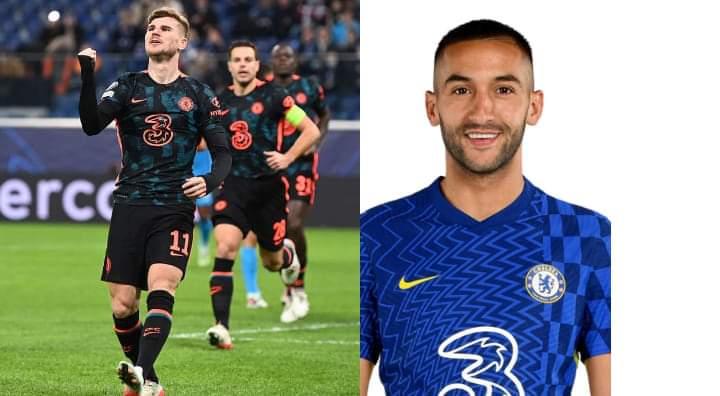 Werner and Ziyech were rumours to be in a top list of Chelsea summer transfer sales but slow decision of new owner and to find replacement for Christensen and Rudiger become tough issues the club need to iron out.

THE TELEGRAPH OF THE DAY

Chelsea boss Thomas Tuchel is ready to entertain offers for big-money signings Timo Werner and Hakim Ziyech this summer as part of a major squad overhaul.

EFL clubs could be allowed to wear their away kit at home next season under a rule change designed to help colorblind players and supporters who may not be able to tell the difference between kits.

Saracens chief Mark McCall has urged rugby union chiefs to create an U23 league in England to prevent the national team from falling behind Europe.

Manchester City and Real Madrid are on red alert with Chelsea yet to approach Reece James over a new contract despite becoming a key member of their first team.

Spartak Moscow followed Bayern Munich’s bid for Sadio Mane on social media by simulating a bid from the Bundesliga club for Alexander Sobolev which included a £10m bonus if Bayern won Eurovision and £20m if Lionel Messi signed for Real Madrid.

Chelsea have won the race to sign highly sought-after free agent Ousmane Dembele from Barcelona, ​​according to a report in France.

Manchester United are believed to be the favorites ahead of Tottenham as they prepare to make a £43million bid for Villarreal defender Pau Torres.

UEFA’s two most senior security officials were “not actively involved” in the Champions League final control room amid the high-profile chaos outside the Stade de France.

Aston Villa, Tottenham and Leeds United are all embroiled in a fight over teenage West Ham striker Sonny Perkins, who is headed for a move after failing to agree terms on a new contract

Manchester United have been told Ajax striker Antony will cost them £51m and his representatives are already in Europe to complete a deal.

Reports in Italy claim Donny van de Beek has offered his services to AS Roma despite the likelihood of another chance at Manchester United under former boss Erik ten Hag.

Edinson Cavani looks set to move to Mexico on his exit from Manchester United, with three teams – Club America, Toluca and Monterrey all interested in the Uruguay striker.

Newcastle United are set to scrap their current shirt sponsorship deal with a Chinese betting company in favor of a more lucrative deal.

Wimbledon security chiefs are on high alert for Kremlin-linked cyberattacks in retaliation for the tournament ban on players from Russia and Belarus.

Manchester City are ready to sell goalkeeper Gavin Bazunu to Southampton after the 20-year-old turned down an improved deal worth £45,000 a week from the defending champions.

THE SUN OF SCOTLAND

Paul McGinn’s time at Hibernian could end just a week after his contract extension was triggered.