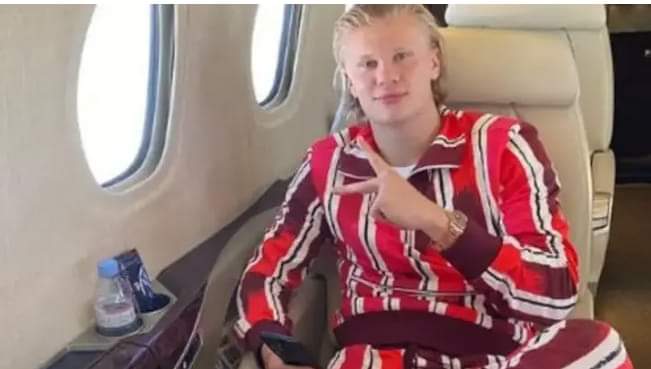 Chelsea was keen on signing the Norwegian striker even before Romelu Lukaku came into the scene. And now the interest has refused to go away.

But now The Blues will face competition from EPL rivals, Manchester City.

Haaland to decide on Chelsea move as new updates emerged.

As per Football London the decision will be made before the end of January transfer window and fans are waiting to see the end of it.

Sky Sports report that rumoured Chelsea transfer target Haaland is set to make a decision on his future before the January window closes, but Manchester City are still understood to be his preferred destination should he make a move to the Premier League.

Borussia Dortmund are keen to keep hold of the Norwegian striker who is attracting plenty of attention from Europe’s leading clubs ahead of a summer when he could be available for as little as £64million.

Bild report (via The Sun) that the German side are prepared to pay him an eye-watering £325,000-per-week in a bid to keep him at the club beyond the summer.

Do you believe that Erling Haaland will stay at Borussia Dortmund after summer?