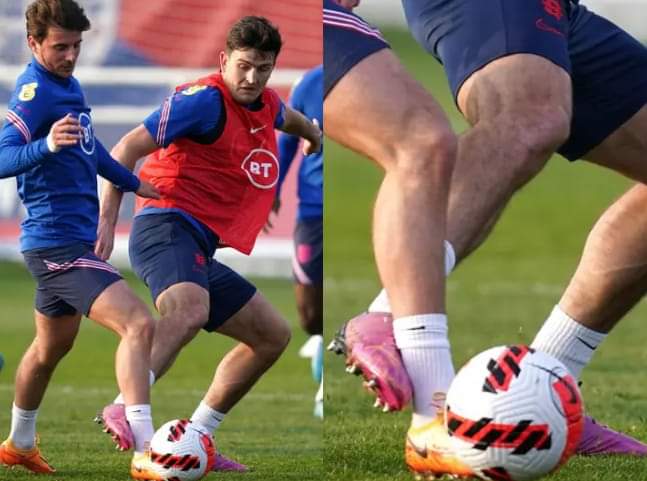 England set to play Switzerland and Ivory Coast in international friendlies this week, the Three Lions trained together for the first time yesterday.

21 players trained as Declan Rice, Emile Smith Rowe, Sam Johnstone and Raheem Sterling were missing from the training but there are no real concerns as to why. The mood around the training camp has been lively and after a picture of Harry Maguire hard-tackling Mason Mount emerged on social media, Chelsea fans weren’t pleased to see it. From the picture, it can be seen that Maguire is getting nowhere near the ball as he clatters into the Chelsea midfielder from behind.

In their grooves, Chelsea fans took to social media to criticise Maguire, warning him not to injure their star midfielder. Why Chelsea Fans Have No Right To Criticise Him I understand that Mason Mount is their player and they wouldn’t want anything to happen to him because of their upcoming games in the Uefa Champions League, FA Cup and in the English Premier League.

But in training, tackles fly around. That particular one from Maguire wasn’t malicious or dangerous and there’s been no report that their player has picked up a knock or anything.

Maguire and Mount are teammates at the international level and there’s no way he would want to cause him harm in anyway, so there’s no point in criticise him for doing what’s normal.