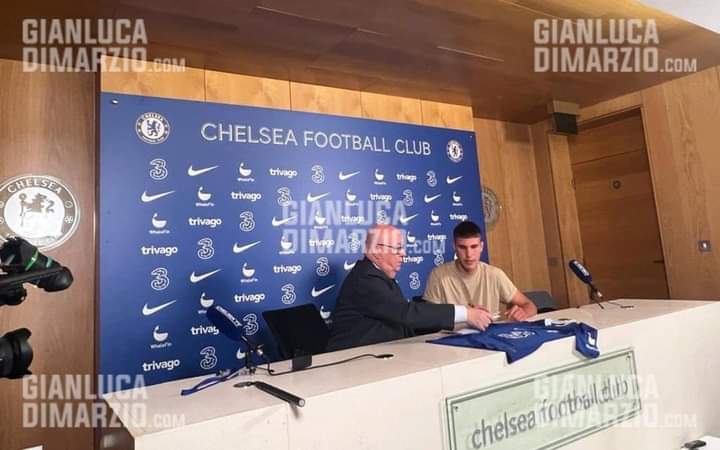 They have completed the deals of Marc Cucurella, Kalidou Koulibaly, Raheem Sterling, Carney Chukwuemeka and other top players. However, according to Italian reporter, Di Marzio, Chelsea has unveiled Cesare Casadei as their new player and his medical tests took place in London on Thursday afternoon.

The deal is done with Inter Milan  for €15m plus €5m add-ons. The Italian midfielder who was born in 2003 will now join Chelsea immediately.

The blues are still not done in the transfer market as they also look at landing Pierre Emerick Aubameyang from Barcelona before the transfer window deadline.

They have put in a bid worth around £22m and talks are progressing between both clubs. The club are also monitoring Manchester United’s top target, Frenkie De Jong.