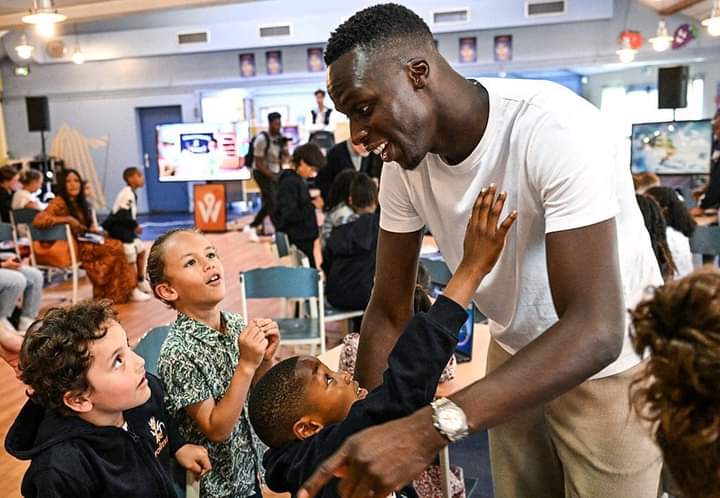 Chelsea football club of England number 1 goalkeeper Edouard Mendy was in France on Monday, and he went to some schools in the capital of the country, and he gave the schools financial support and also played with the children.

The Senegal national team goalkeeper had a remarkable 2021/2022 season with the English Premier League giants, and he was able to win two trophies with the team.

Edouard Mendy won the UEFA Super Cup with Chelsea football club after defeating Villarreal FC in final, and he also won the Club World Cup trophy with the team.

Apart from that the former Stade de Rennes football club goalkeeper also helped his national team to win the 2021 Africa Cup of Nations title, and that means he won the total number of three trophies with the club and country in the just concluded season. Edouard Mendy spent his early years in France and he started his professional football career there as well, he also enjoyed some benefits in the country when he was younger, and he decided to replicate the same thing after becoming a superstar, and he presented cash and gifts to school children.

The Senegalese is currently enjoying his holiday in France, and he decided to render support to some schools and their students on Monday.