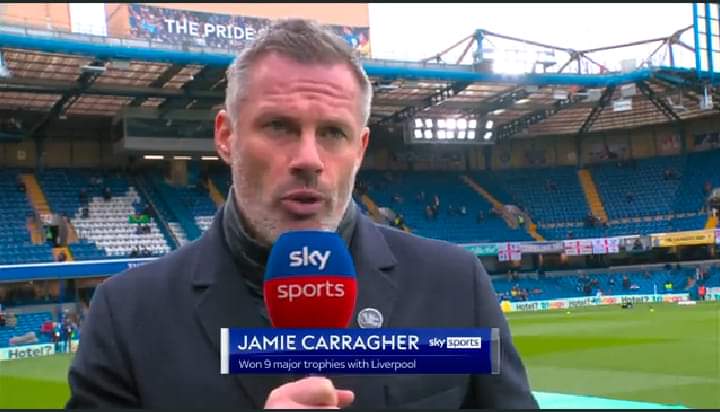 Jamie Carragher had recommended that Man United take advantage of Chelsea’s current crisis to poach Thomas Tuchel. He claimed that Chelsea have been using Abramovich’s financial power to do similar things to other clubs.

“Chelsea have been doing that for 20 years. That was the big thing of Roman Abramovich coming in: we can throw our money about and get who we want. We are going to go to Manchester United, they’re a money-making machine and we want to become that, we are going to get Peter Kenyon their CEO, we’ll go to Liverpool and get the best midfielder in Europe [Steven Gerrard] and destabilise that club for two summers, didn’t get him but we’ll get Ashley Cole, [an] Invincible, won everything at Arsenal.

“They win the Youth Cup every year or get to the final, not because they have the best coaches or best academy, because they basically take the best players from every club in this country and relocate the family and give the dad a scouting job.”