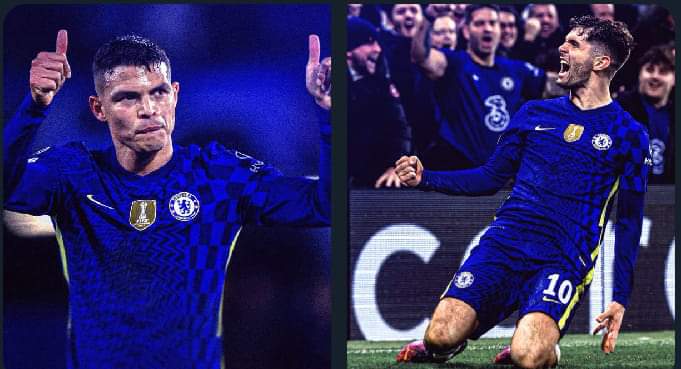 The new Nike Chelsea Premier League home kit and pre-match shirt for the 2022/23 season have been leaked online and are already dividing fan opinion.

The current UEFA Champions League holders look set to go back to basics with a much cleaner and simpler design, but with the added inclusion of a white and turquoise henley neckline.

The new collar follows a similar trend that could be appearing across the Premier League next season as Manchester United also have opted for a bold new Cantona-esque collar.

Thomas Tuchel’s men might not be setting the world alight with this new home kit but the new pre-match shirt, as seen on Footy Headlines, will be sure to turn some heads.

The all blue top will feature eye-catching, mish-mash of graphic lines that is bound to capture the fan’s attention whilst warming up.

It also has a sharp new black and white crest rather than the traditional white, blue and yellow.

Chelsea's 22/23 Third Kit Concept – based on the leaks from Footy Headlines and using the Trivago logo pic.twitter.com/egnHr1jIWe

Chelsea are fresh from their Club World Cup win after beating Brazil’s Palmeiras 2-1 in the final thanks to a 117th-minute penalty goal from Kai Havertz.

Following an underwhelming 3-2 win away against Luton Town in the FA Cup The Blues will be heading to Turf Moor to take on Burnley at 3pm on Saturday, March 5.

The team are in a mixed vein of form with two wins, two draws and one loss in the Premier League since the start of the new year.

Three UK has parted way with Chelsea as their kit sponsor

Chelsea’s third kit for next season has been leaked. Sesame, gold, and black.

When I originally heard it was going to be gold and black I lost my mind. This isn’t what I expected but it’s not terrible either.