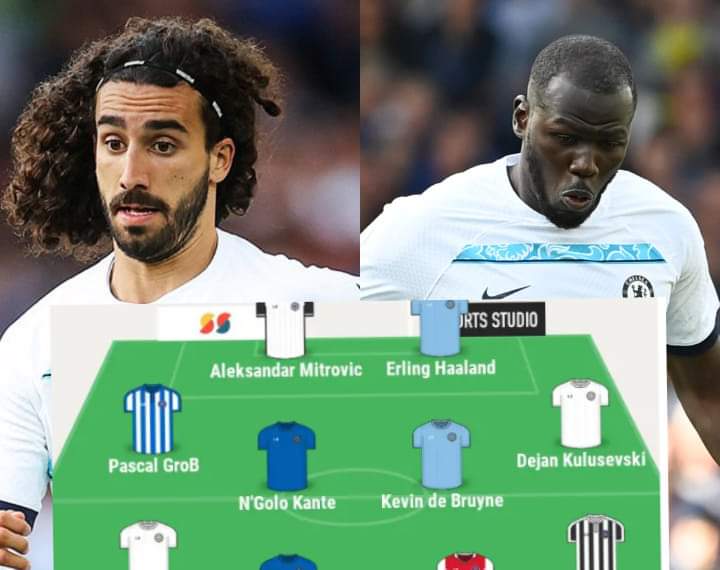 The Premier League match between West Ham and Manchester City which ended in a 2-0 win for the Citizens was the final fixture of matchday one. As a result, we have listed this week’s best performers in each of the eleven positions in a 4-4-2 formation. Our Premier League team of the week for matchday 1 The 23-year-old Irish goalkeeper was crucial to newly promoted Bournemouth keeping a clean sheet and getting three points against Aston Villa who dominated ball possession. His team won 2-0. The English right-back won the match award for his performance against Nottingham Forest. According to Statman Dave via Twitter, in the first half of that match, he had the most touches (66), most final third passes (19), most ball recoveries (11), most interceptions (3), and most crosses completed (2/7). The French center-back was rock solid at the back in his Premier League debut for Arsenal against Crystal Palace. His performance was the main reason the Gunners kept a clean sheet in that match, no surprise he won the man of the match award at the end of the game. The Gunners won 2-0. The Senegalese center-back showed against Everton why Chelsea paid so much money to sign him despite him having crossed the age of 30. His through ball to Ben Chilwell directly led to the penalty from which his team scored. The English left-back is of the level of highly rated full-backs like Joao Cancelo and Trent Alexander-Arnold judging by his performance against Southampton. He scored one goal in that match and it was his low cross that led to the own-goal scored by Everton’s Mohammed Salisu. His team won 4-1. According to Squawka via Twitter, the French midfielder had the most ball recoveries (12) against Everton, won the most duels (8), and completed the most dribbles (4). That’s not all as he also made 4 tackles, 2 interceptions, and created 2 chances. That was why the Blues won the midfield battle. The Belgium midfielder started the season in fine form. It was not a surprise he assisted his team’s second goal as he has been consistently doing that in the Premier League for the last 7 years. The Sweden international continued from where he left off last season. He picked up the man of the match award after scoring and assisting a goal against Southampton. He is most dangerous when cuts inside from the right wing and shoots with his left foot. The German footballer was a key member of the Brighton team that beat Manchester United 2-1 at Old Trafford. He scored the away side’s two first-half goals which proved to be enough for the victory. The Serbian international made the Liverpool defense look ordinary when they played against Fulham last Saturday. He head in the first of his two goals when he outjumped Trent Alexander-Arnold, and the second from the penalty spot after Virgil van Dijk brought him down after he dribbled past him. The Norwegian showed his performances in the Bundesliga were no fluke by helping Manchester City beat West Ham away from home. The match ended 2-0, with the Norwegian scoring both goals.