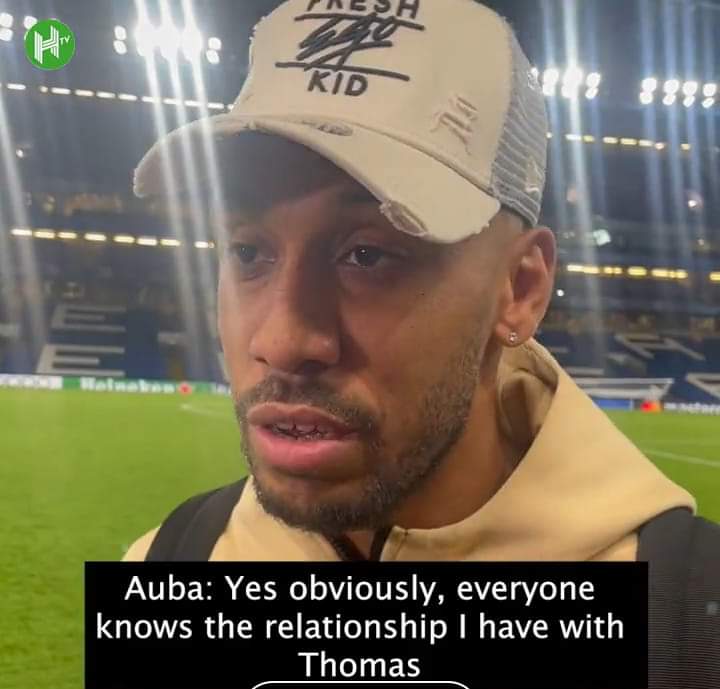 Pierre-Emerick Aubameyang was signed by Chelsea on transfer deadline day to solve their striker problems, following Romelu Lukaku’s loan back to Inter Milan.

The former Arsenal captain arrived at Stamford Bridge with the hope of reigniting his great relationship with Thomas Tuchel and making a big impact in west London.

However, Aubameyang only played 59 minutes under Tuchel before the German was sacked by Chelsea chiefs on September 7.

Graham Potter is now in charge. And he has got Aubameyang firing, with the Gabon international bagging three goals in six Chelsea appearances.

But Potter has a long-term plan at Chelsea and 33-year-old Aubameyang doesn’t fit into it. As such, he could be let go by the Blues in a 2023 transfer window and replaced by a new talisman.

As per Sport Witness, who cite French outlet Jeunes Footeux, this is where talented Lille striker Jonathan David comes in.

Their report claims Potter ‘wants to sign a new striker’ as early as January and has put David high up on his shortlist.

It seems the 22-year-old is his ultimate striker to spearhead the Chelsea attack over the next few years.

And given David’s exceptional form this season, it’s no surprise Potter wants to bring him to England.

He is by far Lille’s top scorer, having found the net nine times in just 11 outings. This includes Ligue 1 braces against AJ Auxerre, Montpellier and Strasbourg. Lille’s next top scorer is on three goals, which shows just how important David is to the French club.

David has previously been linked with a host of Premier League sides, including Arsenal, Tottenham, Liverpool and West Ham. But it is now Chelsea who will push to land his signature.

He will not come cheap as Lille are desperate to keep hold of arguably their prized asset. The report states they have put a €60million (£52.1m) price tag on him.

This is relatively big money for a 22-year-old, though Chelsea can easily match this sum. Their chairman Todd Boehly is keen to prove his lofty ambitions and capturing David would demonstrate this.

David, a 34-cap Canada international, will have to keep shining at Lille for the next few months. If he remains Potter’s top striker target, then expect Chelsea to launch a move for him this winter.