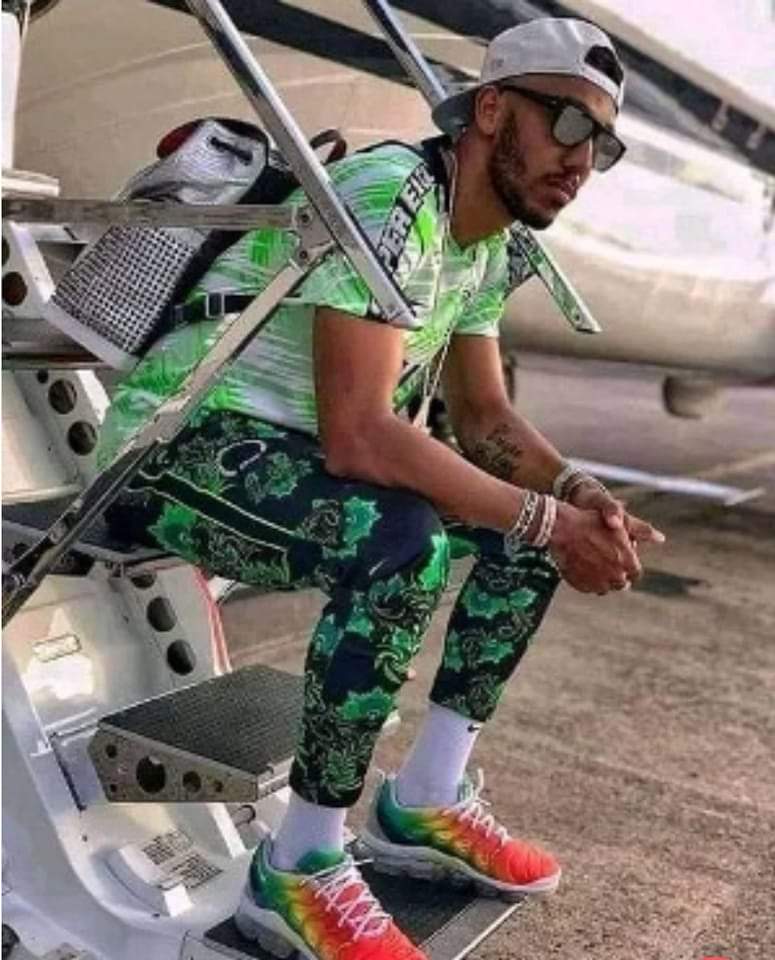 The 34-year-old was inactive during the international break following his retirement from the Gabon national team recently.

Aubameyang recently joined the Blues from Spanish giants FC Barcelona in the summer transfer window for a fee of 10 million pounds having spent just half a season with the Blaugranas.

In the said picture, the ex-Gabon captain was spotted sitting on the stairs of a private jet donned in the Super Eagles shirt in his spectacles, cap, and backpack.