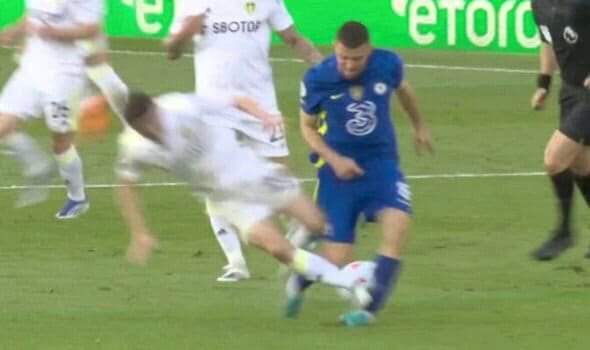 Chelsea have been dealt a major injury blow ahead of their FA Cup final clash with Liverpool after Mateo Kovacic was forced off in the first half of the Blues’ Premier League game at Leeds. Kovacic was the victim of a horror tackle by Whites winger Dan James, who was sent off for the challenge.

Chelsea face Liverpool on Saturday in the FA Cup final at Wembley stadium as Thomas Tuchel’s star player sustain injury in their 3-0 win over Leeds United at Elland Road this evening.