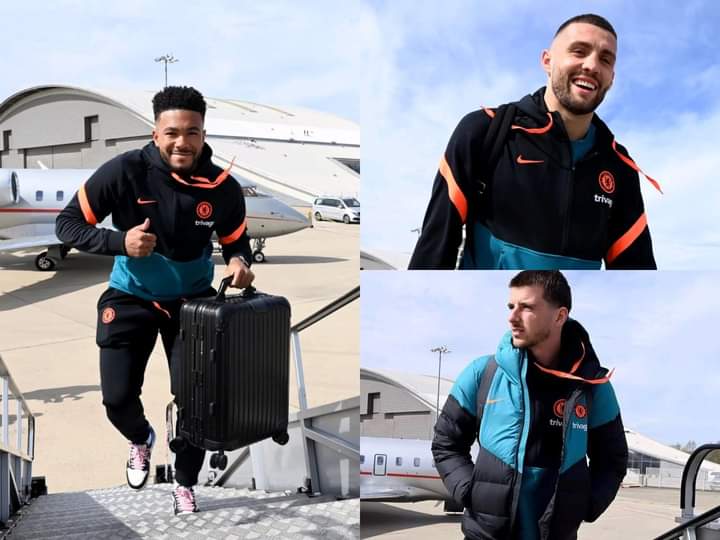 Chelsea football club players earlier this morning booked a flight to Spain ahead of the second leg of the UEFA champions league quarter final against Real Madrid at Santiago Bernabeu.

The players such as Reece James, Mateo Kovacic and Mason Mount where spotted entering the flight dressed in their UEFA champions league customary pre-match traveling tracks and carrying their kit bags along with them. The blues lost the first leg of the tie at stamford bridge by 3-1 courtesy of a superb Karim Benzema hat-trick on the night with Kai Havertz scoring Chelsea only goal of the game, they will be looking to turn around the tie without the service of Romelu Lukaku, Callum Hudson-Odoi and Ross Barkley. Mateo Kovacic all smiles as he returns to Madrid with Chelsea via Instagram photos.

Those three mentioned above are not part of the traveling party to Spain due to injuries and sickness. Mason Mount among the traveling party via Instagram photos.