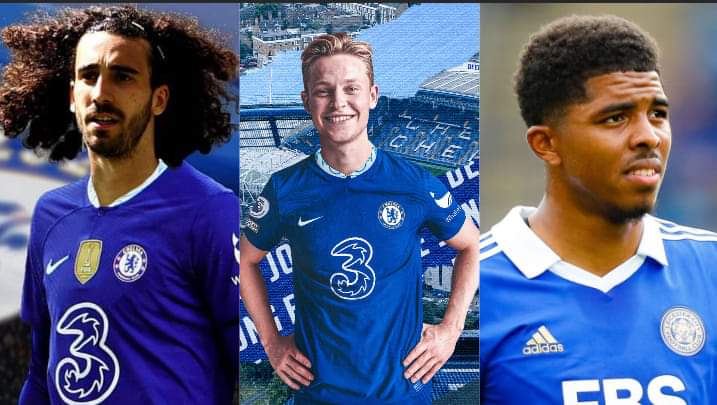 Chelsea look set to bolster their side ahead of the new Premier League season, having missed out on several key targets.

New Blues owner Todd Boehly is eager to hand boss Thomas Tuchel the tools to narrow the gap with Manchester City and Liverpool ahead of the new season.

The Blues have already been busy this summer, bringing in Raheem Sterling from Manchester City, whilst they have also signed Kalidou Koulibaly from Napoli.

Tuchel, has, however, failed to land several key targets, which has given arch rivals the opportunity to poke fun at the London club.

Richarlison was linked with a move to Stamford Bridge, only to join Tottenham in a £60million deal.

Nathan Ake was also subject of interest from the Blues, but has ended up staying at Pep Guardiola’s Man City.

Chelsea were also hopeful of landing Raphinha from Leeds United, but the Brazilian had his heart set on a move to Barcelona, eventually joining the Catalan giants.

“Truth is that I always wanted to come to Barca,” Raphinha told Sport.

“It was a dream I had since I was a kid, because I saw my idols and big Brazilian stars playing here.”

Sevilla defender Jules Kounde was another the west London club were keen on, and had even reached agreement to sign the 23-year-old.

The France international, like Raphinha, though, opted for a move to Xavi’s Barca, citing the project as one he couldn’t turn down.

Matthijs de Ligt is another star who got away, having left Juventus for Bayern Munich.

There have also been suggestions that Ronaldo could be brought in to bolster the forward line, but any deal for the Manchester United star looks highly unlikely.

Tuchel is now expected to turn his attentions elsewhere, and is keen on adding to his defence following the departures of Andreas Christensen to Barcelona and Antonio Rudiger to Real Madrid.

Leicester City’s Wesley Fofana is a key target and could partner Koulibaly in defender.

Chelsea have been told to cough up £80million if they are to land the Frenchman, with Leicester likely to sell as they look to ‘balance their books’.

RB Leipzig’s Josko Gvardiol Croatian centre-back is another the club are interested in. Tuchel is prepared to let Timo Werner rejoin his former employers, and offer him as part of the deal, according to reports.

But their next arrival is set to be Brighton’s Marc Cucurella who was also wanted by Manchester City.

Guardiola’s side were linked with the Spaniard, as a replacement for Oleksandr Zinchenko who has joined Arsenal, but the price tag put them off.

The Dutchman remains keen on remaining at Barcelona, and has been heavily linked with a move to Manchester United.

It is likely to be all change at Chelsea by the end of the transfer window. But how could the new-look team line up?

How Chelsea could look next season