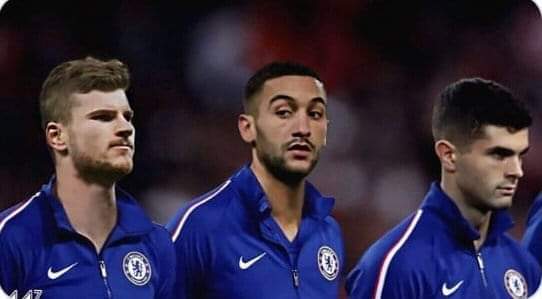 The West London outfits have been linked with a move for Barcelona man Ousmane Dembele this summer.

The Frenchman is set to sign a contract with the blues, as Chelsea are keen on signing Dembele who is moving away from the Catalan club as a free agent.

Chelsea’s attack looked weak at times last season due to the fact that the Likes of Hakim Ziyech, Timo Werner and America international Christian Pulisic were not very consistent all season long.

Reports claim that the trio that include Werner, Pulisic and Ziyech are unhappy with their playing time last season.

Other reports also claim that the blues would do business for Pulisic bearing in mind that they may get to sign Ousmane Dembele this summer.

Liverpool boss Jurgen Klopp is reportedly interested in the services of Christian Pulisic who played under him in Dortmund but it is yet to be seen if the blues would do business with Liverpool.