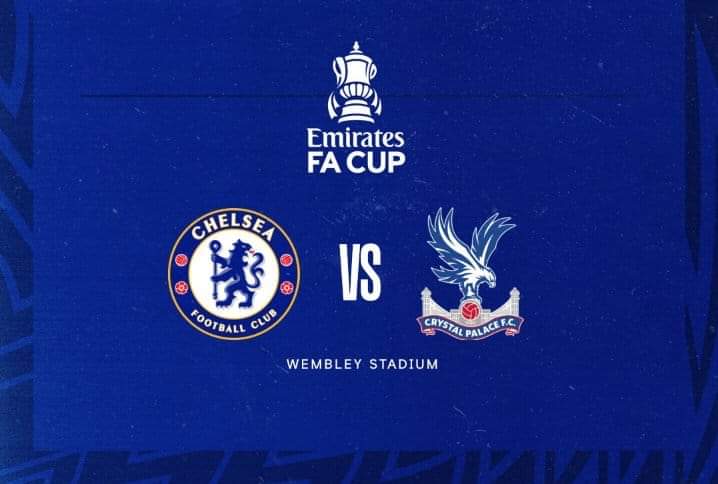 The English Premier League giants and European champions, Chelsea football club will lock horns with Crystal Palace in the English FA Cup semi-finals competition which will hold at the Wembley Stadium on Sunday. The game is much like a Premier League derby with both teams coming from London.

Chelsea football club, which played on Tuesday night against Real Madrid in the UEFA Champions League, surprised football fans with their hard work, commitment, and fighting spirit. Chelsea was able to come back against Real Madrid in Santiago Bernabeu, but the Video Assistant Referee denied Marcos Alonso an opportunity to give his team a breakthrough.

Ahead of the FA Cup semi-finals game, Chelsea will be desperate to comfort their fans with a bold step into the finals of the competition. One thing is sure after the Real Madrid game. The Blues are happy that none of their players picked up an injury ahead of the FA Cup semi-finals clash. Romelu Lukaku who did not play against Madrid due to an Achilles injury could return to the squad ahead of the Wembley showdown.

Hudson Odoi on the other hand is still sidelined and will not participate in the coming game. The boss hasn’t revealed when the English man could return.

The Blues have been very impressive in the Emirates FA Cup and they will want to crown their efforts by getting the ticket to the final of the competition when they face Crystal Palace, who has also been in superb form in the previous stages of the competition.

Chelsea will be going into the Emirates FA Cup semi-final encounter with Crystal Palace after their impressive 2-0 victory over English Championship side Middlesbrough in the quarter-final stage of the competition. Crystal Palace, on the other hand, unseated Everton 4-0 in the quarter-final stage of the competition to reach the semi-finals, where they will have to navigate through Chelsea to reach the final. Chelsea and Crystal Palace will lock horns in the semi-final encounter of the Emirates FA Cup on Sunday, April 17, at Wembley Stadium in London. The Emirates FA Cup game between Chelsea and Crystal Palace will kick off at exactly 4:30 PM Nigerian time.