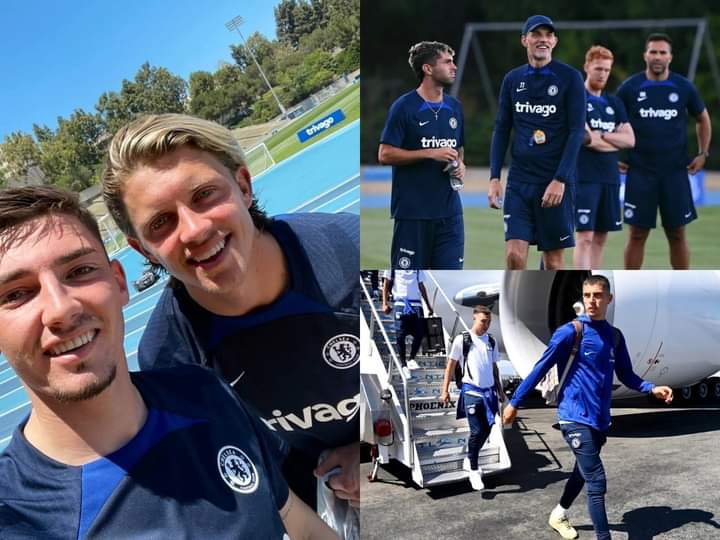 Chelsea football club this evening welcome highly rated academy graduate Conor Gallagher to their training base in Los Angeles as the number of squad continues to grow, recall that Thomas Tuchel and his players jetted off to the United States of America yesterday for their second phase of pre-season preparations after spending the first seven days at Cobham centre. Many of the first team players where among the traveling party that departed London yesterday, earlier this morning they were joined by the duo of Thiago Silva and Christian Pulisic straight from their holiday base and now highly rated midfielder Conor Gallagher has joined up. The midfielder who spent last season on loan at Crystal Palace is tipped by many to play a staggering role in the Chelsea first team squad this coming season and will have to use the pre-season preparations to fully claim his support in the congested midfield department. The Chelsea squad in pre-season tour via Instagram photos