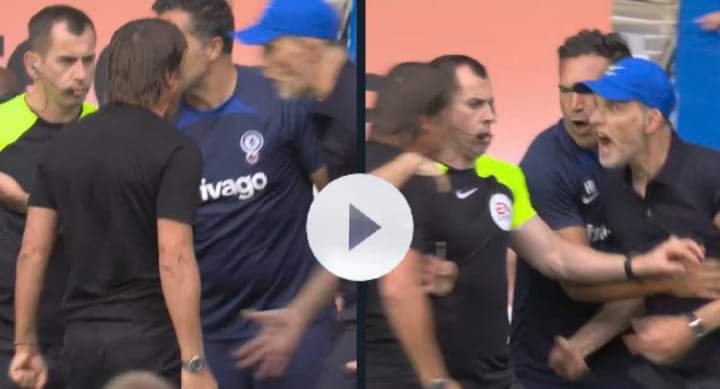 Referee Anthony Taylor played on as Rodrigo Bentancur brought Havertz down
Thomas Tuchel and Antonio Conte clashed on the touchline during Tottenham against Chelsea following the visitors’ equaliser in the second half.

A war of words over whether the goal should have stood resulted in the managers squaring up before being separated by members of each set of coaching staff.

The disagreement was triggered by a debate on whether Pierre-Emile Hojberg’s goal should have stood because of a suggested foul by Rodrigo Bentancur on Kai Havertz, which wasn’t given by referee Anthony Taylor.

Both managers and one member of each’s coaching staff were shown a yellow card for the incident.

Conte wanted all the smoke, I love it pic.twitter.com/2r0MhOKSCr