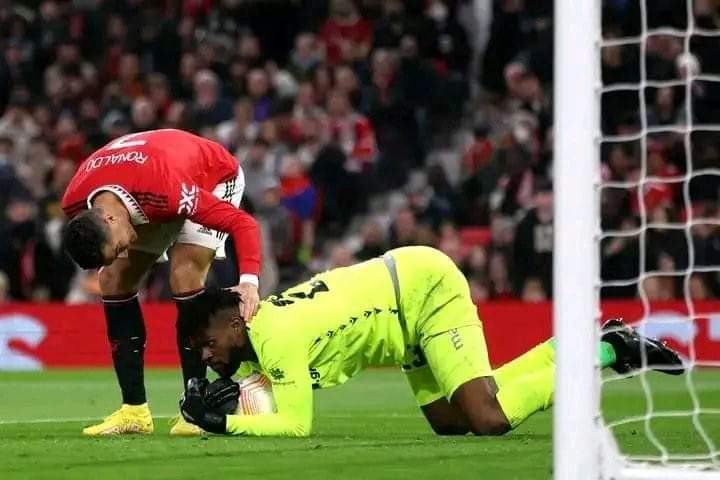 Erik Ten Hag’s United were wasteful in front of goal against Nicosia Omonia at the Threatre of Dreams but managed to get a late winner through Scott McTominay to record their third win in the UEFA Europa League this season. Manchester United dominated the match from the get go, with England international, Rashford forcing an early save from Francis Uzoho for the hosts, one of the 4 saves the Nigeria international had to pull off to keep his side in the game in the early exchanges. The Englishman came close to putting the Red Devils ahead on the 22nd minute, with the shot from his weaker foot straight to Uzoho. Casemiro also rattled the bar in the 33 minute before his midfield partner, Fred missed a golden chance from six yards out as he headed Antony’s cross over the bar.

Neil Lennon’s Nicosia Omonia side had only one clear cut opportunity which came close to the interval when Bruno beared down on goal but he chose to shoot from a tight angle over passing to a wide open teammate & wasted the opportunity. Erik Ten Hag made some changes in the second half, which paid off with Scott McTominay finding the back of the net after a rebounded effort from Jadon Sancho fell kindly to him, to fire past the the brilliant Francis Uzoho.

After the completion of the match, Nigeria & Nicosia Omonia goalkeeper, Francis Uzoho was named the man of the match after his brillant performance in goal for the away side.

The 23-year-old played featured for full 90 minutes, made 12 saves to deny Man United attackers from putting the game beyond their reach, unfortunately, he conceded a late goal, but was brilliant in between the sticks.