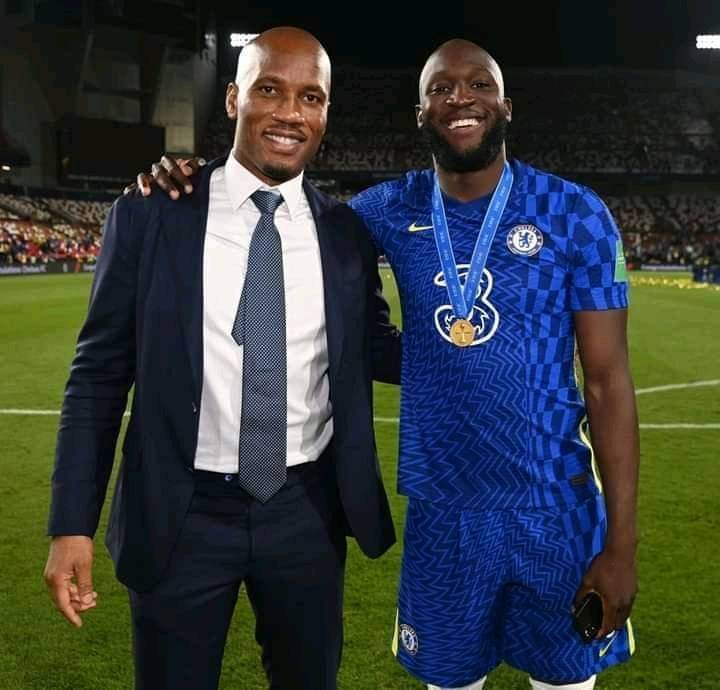 When José Mourinho was sacked (the first time) by Chelsea back in October 2007, star striker Didier Drogba, coming off of a 33-goal season, made it clear in no uncertain terms that he was also done, calling the Blues a “broken” organization and proclaiming that “nothing” could stop him from leaving — and hopefully go to AC Milan, Inter Milan, Barcelona, or Real Madrid to rediscover his “passion”.

And much of that was probably true, except the part where “nothing” meant five more years, five more trophies, two Champions League finals, and even a comeback tour a couple years later for another league title for good measure. Drogba remains one of the most beloved Blues of all time, not just at the club but by football in general, and we can all be proud that he wore the shirt for all those years.

He was on hand for Saturday’s victory in the Club World Cup final (a tournament in which he never got to play), after which he reflected on the current situation of his spiritual heir at the Bridge, Romelu Lukaku, back after some years away and supposedly with a point to prove and a destiny to fulfill.

Lukaku’s glorious return hasn’t quite been the resounding success we had been hoping it would be, complete with his very own controversial interview, but after scoring two of our three total goals at the Club World Cup, we perhaps have something to build on going forward, both on the pitch and in the wider narrative as well. Drogba certainly believes so.

“He took his responsibility to talk and put a bit more pressure on himself and delivered tonight, scoring an important goal. Obviously, every player always has something to prove and will always want to do better but he’s there, big game, he scored the goal to give us the lead.

“I’m really happy because I spoke [in the past] and after that I put pressure on myself. But I spoke because I knew I could handle this pressure. Maybe I needed that as well to perform and it’s good to see that his mentality is being positive. He’s a goalscorer, he has done that before and he’s having a difficult moment, but bouncing back this kind of trophy will bring his confidence back.

“I think he will [come good]. He put himself under a certain pressure because coming back to the club where your start was difficult and you come back because you want to prove a point, but he’s winning and I think he’s going to make it.”

When King Didier speaks, we listen.

There is a version of the lead picture, taken nearly ten years before, after the final league game of the 2011-12 season, not long before our first ever Champions League triumph.