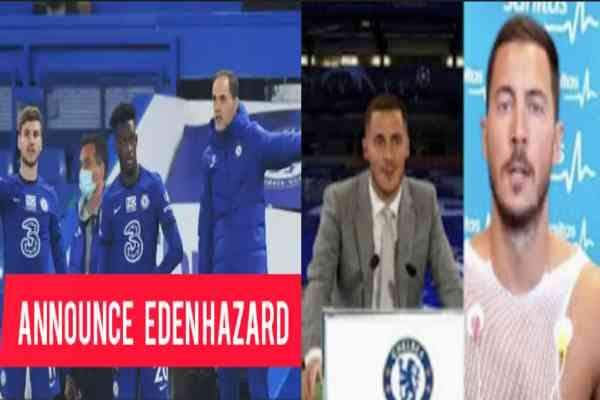 According to a report by Catalan outlet El Nacional, Newcastle United have been handed a major blow in pursuit of Eden Hazard. The Real Madrid misfit is uninterested in joining the Premier League big spenders as he will only leave the club to rejoin Chelsea.

Eden Hazard has endured a nightmare of spell since completing his dream move to Real Madrid in July 2019. A spate of injuries have blighted him enormously, and the Belgian international is now a shell of the domineering, all-conquering attacker he once was when he took the Premier League by storm at Chelsea.

Hazard has made just 59 appearances for Real Madrid while garnering a paltry tally of five goals and ten assists in the process. But the 31-year-old’s struggles have done nothing to detract his prospective suitors, with Newcastle United at the forefront of the queue of interested parties.

Despite his fitness owes at Real Madrid, Hazard could potentially be a major game-changer for Newcastle United. Along with Allan Saint-Maximin, the Belgian forward could form a sensational attacking tandem that could win matches on its own, which explains the interest from the Magpies.

The Premier League’s latest big spenders are even prepared to offer a handy package worth around €50 million to secure the services of the 31-year-old. This will include a €40 million base fee, with the remaining €10 million consisting of add-ons.

The €50 million package aligns with Real Madrid’s demands to part with Hazard, but the player is putting up a stumbling block for both the clubs.