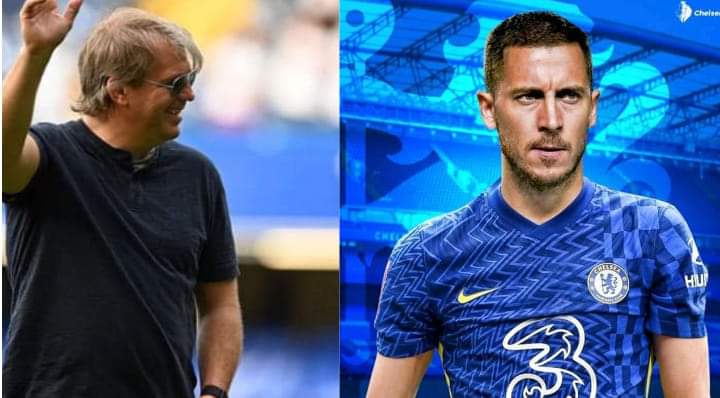 Every few months, I will stop and remember how much I miss being able to watch Eden Hazard play for Chelsea.

There should be few regrets from supporters. We got to see Hazard grow from a promising young talent into one of Europe’s most dangerous attackers across his seven-year spell at Stamford Bridge. He was one of a kind, to some, the best signing of the Roman Abramovich era, which recently came to its end.

Fans were treated to some classic Hazard on Wednesday evening as the 31-year-old looked in good shape for his nation’s emphatic win over Poland in the UEFA Nations League.

The excitement over Hazard looking like he might be getting past his horrendous injury issues post-Chelsea should not lead to clamors for his return but rather a reminder of what Chelsea has greatly lacked since he was sold to Real Madrid in the summer of 2019.

That sense of spark, dazzle and unpredictability that would set in anytime Hazard picked up the ball and decided to go on one of his mazy runs. A consistent critique of Chelsea since Hazard’s exit has been the lack of invention in their attacking play, the lack of a maverick who will take responsibility and try daring things on their own.

Thomas Tuchel’s system has introduced a better defensive structure but has been accused of pulling the handbrake in the final third, limiting the Blues’ ability to be spontaneous, something Hazard, for all his precision delivered on a regular basis.

That is why, in reference to Todd Boehly reportedly having a desire to make a statement signing this summer, Barcelona’s Ousmane Dembele could provide the trickery and joy that might have been lacking. The French winger is technically gifted, two-footed and has proven himself a player able to change the course of a game within seconds at his best.

Chelsea’s current system relies on structured patterns of possession, using the wing-backs to provide the width and create overloads against compact defences. But should Plan A not work, Tuchel lacks a skilled player who can individually make the difference, disrupt a defensive shape and take multiple players out of a game within seconds.

Since regaining fitness in January, Dembele has proved himself to be a highly effective player for Barcelona, consistently creating high-quality opportunities and topping creative stats from Europe’s top five leagues despite only having 21 La Liga appearances to his name in the entirety of the 2021/22 season.

Dembele could hopefully bring a spark that was greatly lacking during long stretches of last season when it appeared Chelsea’s attack was running out of ideas quickly. Especially at Stamford Bridge, where opposing teams are more defensive and compact, leading to the Blues’ worst home return for points in the Premier League since 2015/16.

With his previous strong relationship with Tuchel and the desperate need for some chaos and creativity at Chelsea next season from an underperformed attack, Dembele could bring back the magic Hazard.