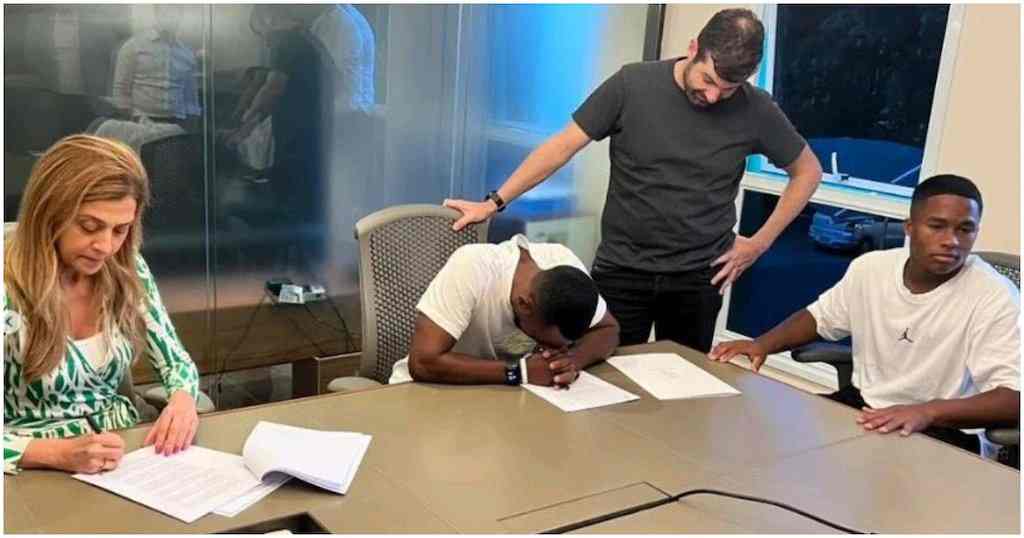 Father of new Real Madrid forward Endrick was shrouded in an emotional roller-coaster as his 16-year-old son signed a deal to join the European giants.

However, Los Blancos beat other suitors for the services of the youngster in a deal that could be worth 60m euros.

During the official signing of the deal, father of the teen sensation, Douglas Ramos could not help it as he shad tears of joy.

“Until then, Endrick will continue training with S. E. Palmeiras. The player will travel to Madrid in the upcoming days to visit our club’s facilities,” a statement on Real Madrid’s website read.

“I thank Palmeiras, champion of America and the world and forever, the club of my heart, for offering me everything necessary to become what I am today, helping to achieve my dreams and respect my wishes and those of my family.”

“Until I join Real Madrid, I will continue to dedicate myself as I have always dedicated myself to being able to offer Palmeiras even more on the pitch: more goals, more victories, more titles and even more joy for our fans.”

The teenager is presently one of football’s most exciting prospects, having already made his professional debut at the age of just 15 years old.

The young striker has been a subject of interest for most top European teams including Chelsea and Barcelona following his successful breakout season in the Brazilian league.