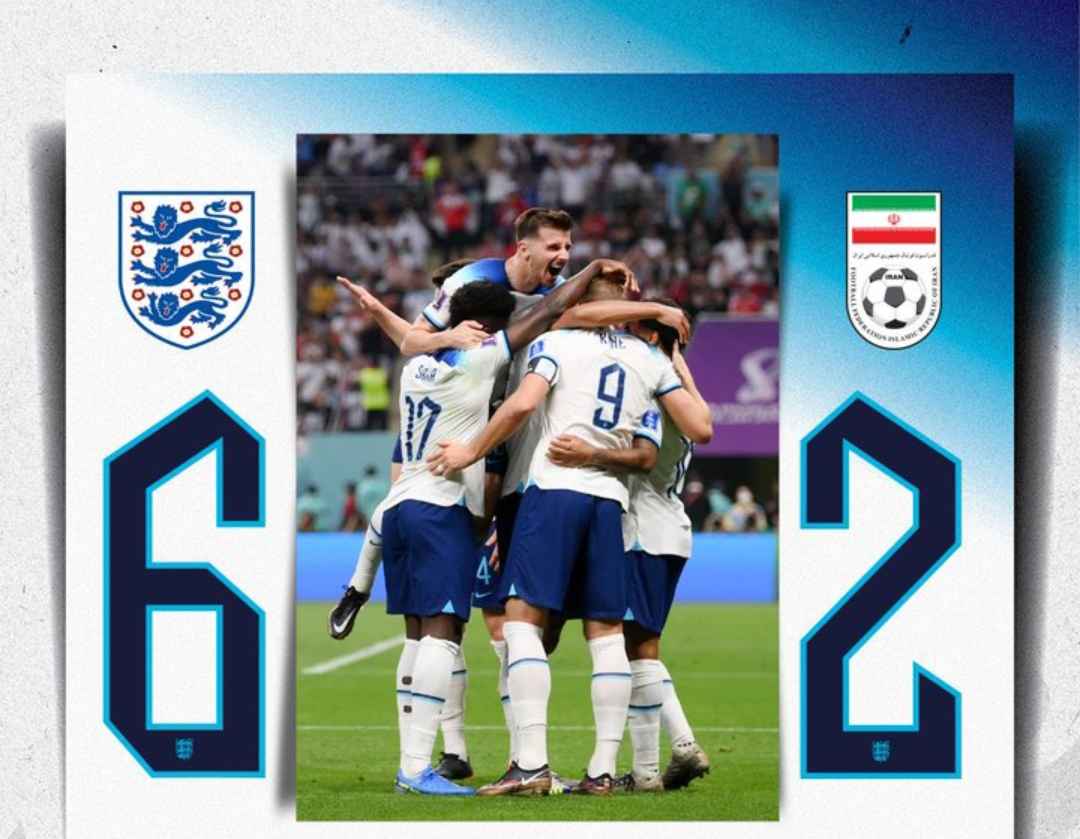 The Three Lions got off a to a flyer in their 2022 World Cup campaign and here’s how fans have reacted on social media.

England faced Iran in the FIFA World Cup opening Group B match on Monday afternoon, November 21, 2022, at the Khalifa International Stadium in Doha.

The Three Lions were hoping for a brilliant start having reached the semi-finals of the global showpiece back in Russia 2018.

The Three Lions were blistering in the opening minutes and wasted no time in exerting their dominance over Iran.

However, fans had to wait till after the half-hour mark before the deadlock was broken.

Jude Bellingham found the back of the net in the 35th minute before two quick fire goals from Bukayo Saka and Raheem Sterling in the 43rd and 46th minute in first half stoppage time, pretty much settled the opening proceedings as Gareth Southgate’s men went into the break with a comfortable 3-0 lead.

The second half resumed and England continued from where they left off in the first.

The Three Lions looked just to good for the Iranians and soon compounded their misery by further extending their lead 17 minutes after the restart.

Arsenal star Bukayo Saka found the back of the net once more to bag his brace to put England 4-0 up after an assist from Raheem Sterling who also netted in the first period.

However, the Iranians managed to break down the English defense three minutes after when Porto striker Mehdi Taremi fired home to reduce the deficit with less than 30 minutes to go.

But the Three Lions would not back down as they continued to pile the pressure and were soon rewarded with another goal.

Iran looked defeated even before the full time whistle as they struggled to cope against their opponents.

And the Three Lions would complete the demolition in the 90th minute after substitutes Callum Wilson found Jack Grealish who fired home a sixth goal.

In the end, it finished at the Khalifa International Stadium, 6-1 to England against Iran as the Three Lions recorded their first three points in group B.