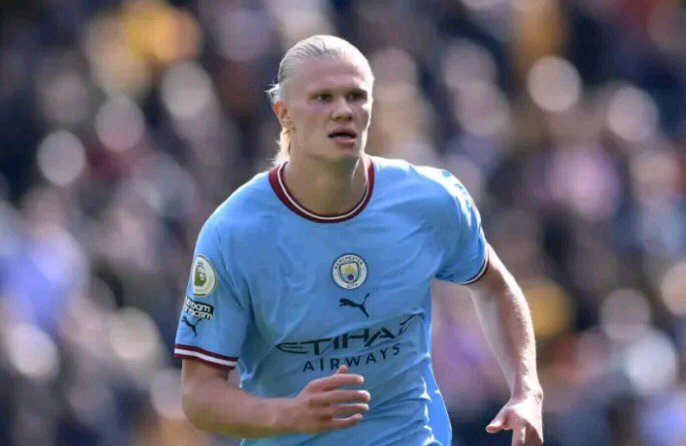 Manchester City star Erling Haaland has scored more goals this season on his own than Erik ten Hag’s Manchester United and Chelsea combined.

After scoring a hat-trick in his first Manchester derby and leaving Manchester United in awe at the Etihad Stadium on Sunday, the 22-year-old Norwegian forward has once again grabbed headlines. The Norway international has had an explosive start to this season, something that cannot be said for either the Red Devils or the Blues.

Haaland has scored 14 goals in his first eight league matches of the season, which is four more than the struggling Stamford Bridge team and three more than Manchester United, who have had a rollercoaster season. While the London-based club’s start to the season has been unimpressive, the Old Trafford team has suffered in the early going, losing two straight games before defeating Liverpool and Arsenal.

His father Alf-Inge recently suggested that he could ply his trade in all of Europe’s top five leagues at some point in his career, so a future in Serie A cannot be ruled out, although it may take a little while to see him in the Italian peninsula.

Haaland has scored 14 goals in the premier league and 17 goals across all competitions in his 11 appearances for Manchester City this season.