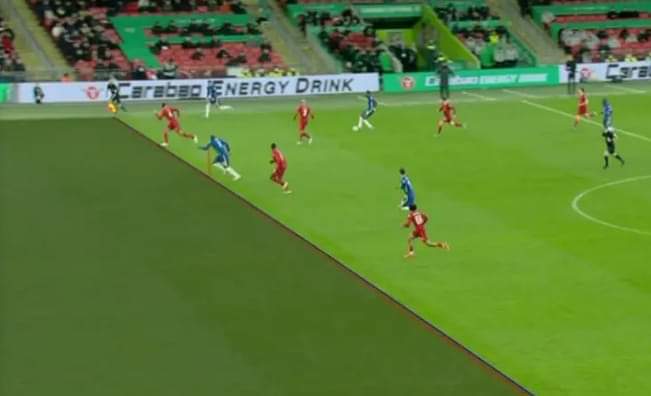 Keith Hackett has called for a radical change to the offside law after Romelu Lukaku’s goal for Chelsea in their EFL Cup final defeat to Liverpool was disallowed.

Speaking exclusively to Football Insider, the ex-Fifa and Premier League referee suggested offside calls should only be made within 18 yards of the defending goal.

Lukaku was flagged offside halfway into the Liverpool half after he had beaten Ibrahima Konate and scored past Caoimhin Kelleher.

A VAR review upheld the assistant referee’s original call as it appeared the Chelsea striker was only marginally past Virgil van Dijk.

“In law it is correct but we see a great goal ruled out.

“In the early 1980s I refereed on the North American Soccer League, what they had was an extension of the penalty line across to the touchline. Effectively, you could only be offside within 18 yards of the goalline.

“The penalty area and that bit between the area and the touchline is the only place offsides can be called. I’ve always liked that.

“With Lukaku, it’s fractions of an inch, he’s got the skill to control the ball, go round his opponent and scored a great goal.