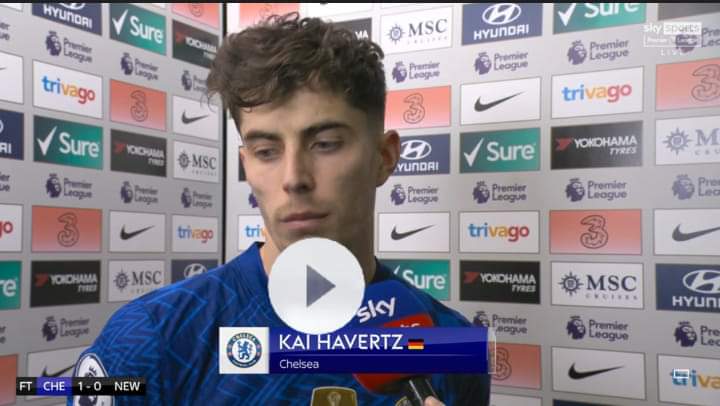 Real Madrid coach, Carlo Ancelotti made a winning return to the Stamford Bridge where he won the Premier League and FA Cup double after Karim Benzema delivered his latest master class.

Real Madrid captain, Karim Benzema was the star of the night as he scored all three goals in Real Madrid 3-1 victory over the Champions League defending Champions, Chelsea at the Stamford Bridge on Wednesday night. Germany international, Kai Havertz pulled one back for Chelsea before the halftime break with the score at 2-1, before Benzema completed his hat trick just after the break to give Real Madrid a 3-1 win going into the second leg at the Bernabeu. On Thursday afternoon, Chelsea attacker, Kai Havertz reacted to his team 3-1 defeat to Real Madrid on Wednesday night through a tweet. His tweet has attracted reactions from fans as some applauded the Germany international, calling him Chelsea’s priceless gem while some called him a big game player.

Here are some screenshots of reactions from fans: