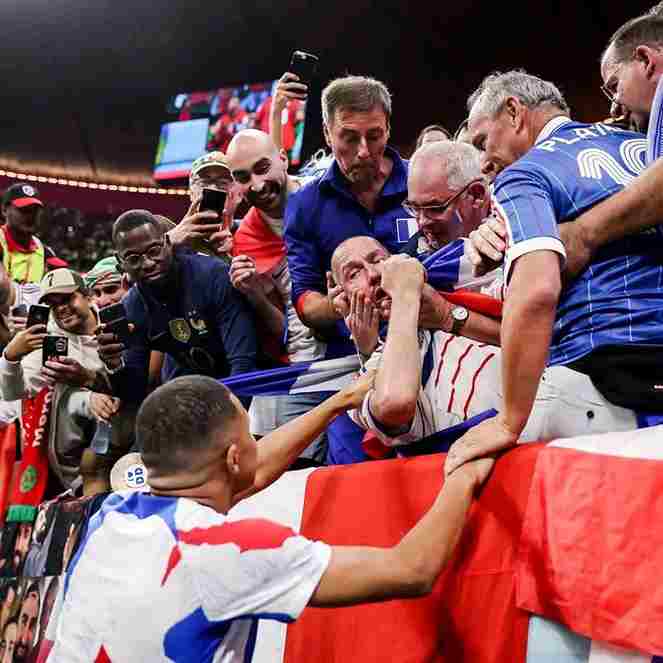 Ahead of the kickoff in the 2022 FIFA World Cup semifinal fixture between France and Morocco at the Al Bayt Stadium on Wednesday night, France attacker, Kylian Mbappe was spotted apologizing to a fan in the stands after he was struck by his shot.

While warming up ahead of France semifinal game against Morocco on Tuesday, one of Kylian Mbappe’s shot hit a fan in the stands, and he went over to make sure the fan fine.

This gesture from Kylian Mbappe apologizing to a fan in the stands after he was struck by his shot has attracted reactions from fans and social media users, as some have applauded him, calling it a great show of sportsmanship, some have called Kylian Mbappe a nice guy, while some have asked FIFA and UEFA to make Stadium barricade compulsory for all Stadium to avoid such occurrence.

Here are some screenshots of reactions from fans and social media users: