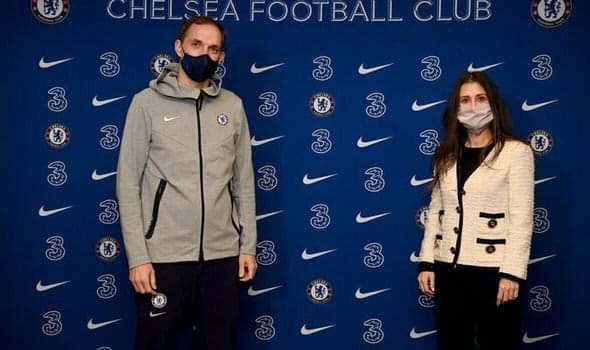 Former Chelsea striker Tammy Abraham reportedly wants to return to the club when his Roma release clause is active in 2023.

Abraham left Stamford Bridge for Serie A last summer after falling out of favour under Thomas Tuchel.

Corriere dello Sport claim Abraham would ‘like to go home someday’ despite taking well to Italian football so far.

Chelsea inserted an option to sign Abraham at the end of the 2022/2023 season, but they’ll be paying double the £36 million they sold him for.

It’s believed the Blues would have to pay £72 million to sign Abraham back which will be ‘consistent with what he’s worth’ in 18 months time.

Abraham has kept his place in Gareth Southgate’s England squad and scored in November’s 10-0 romp against San Marino.

Timo Werner and Kavi Havertz have been tried up front under Tuchel but neither are prolific enough for a team looking to win the Premier League.

Once Tuchel arrived however, he found himself on the bench and didn’t make the bench for FA Cup final defeat to Leicester City, something his partner expressed anger at on Instagram.

Despite that, Abraham left on good terms and Chelsea director Marina Granovskaia left the door open regarding a return down the line.

She said when Abraham’s departure was officially confirmed: “Tammy will always be welcomed back at Stamford Bridge as one of our own.

“We have all enjoyed watching his progress through our academy and into the first-team squad, and are grateful for his contribution to our successes at senior and youth level.

“His many goals in a Chelsea shirt and, of course, his part in our Champions League triumph last season will never be forgotten.

“I’m sure all Chelsea supporters will join me in wishing Tammy a long and successful career.”

Chelsea are currently third in the Premier League after a tricky winter period.

They return to action against Plymouth Argyle in the FA Cup on Saturday afternoon.