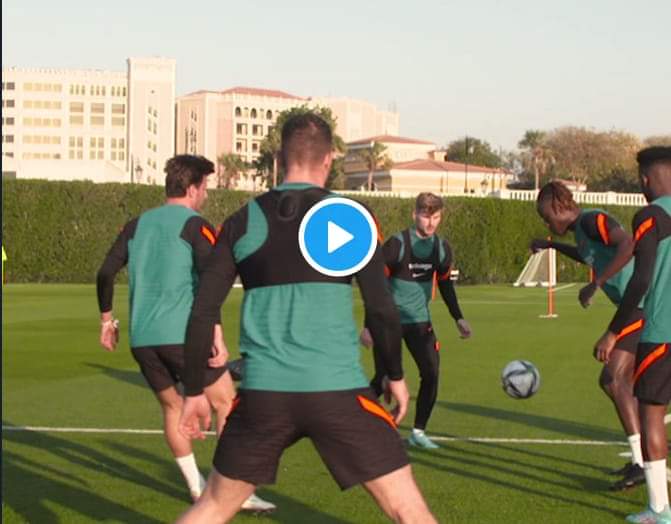 The Africa Cup of Nations Champions Edouard Mendy has spotted in training as he prepare very hard ahead of Club World Cup final against Palmeiras on Saturday in Abu Dhabi.

Zsolt Low is making a huge impact that Chelsea should lift the club world cup this time as they lost to the Brazilian side on their first outing, the blues facing Brazil’s side in the final which will be a revenge mission to win this time.

Mount, Odoi, Sarr, Chalobah amongst other Chelsea players spotted train very hard in Abu Dhabi ahead of the final clash with Palmeiras.

Tuchel’s side who defeated Al Hilal 1-0 to through to the final will be in action against the Brazilian side on Saturday at 17:30 GMT (4:30 UK time). Follow the live stream action here.