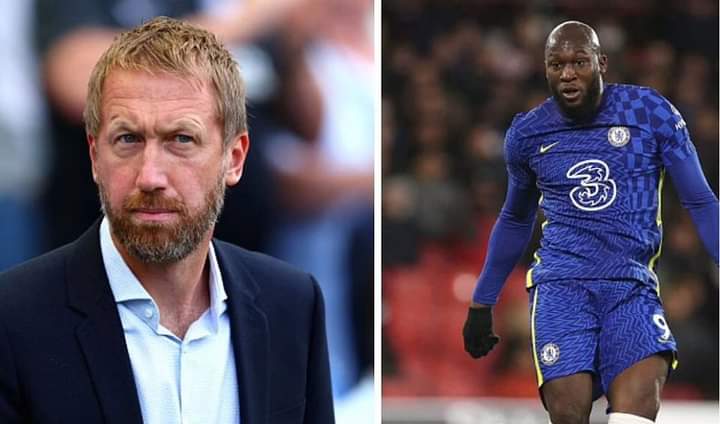 Romelu Lukaku has received an ultimatum from Graham Potter on his future at Chelsea as the striker is on the verge of leaving.

The 29-year-old was heavily linked to a permanent move away from Stamford Bridge after losing favor with Thomas Tuchel.

After his return, Lukaku was demoted to the bench because he was unable to adjust to life in the Premier League and his time working with the German rapidly came to an end.

The Italian powerhouse Inter Milan declined to meet Chelsea’s asking price for the striker due to their spending restraints.

Instead, the Nerazzurri decided to sign Lukaku on a season-long loan, and Chelsea negotiated a fee for his services.

After Tuchel was fired, the Belgian international will rejoin a new head coach at the end of the season, but his future with the team is still up in the air.

The west London club, according to Calcio Mercato, does not want to re-sign a striker who does not adhere to Potter’s standards.

When his loan to Inter expires, Lukaku reportedly does not want to go back to the Cobham training facility.

A possibility for the Belgian to stay at the San Siro beyond the agreed-upon season-long loan has reportedly been discussed by Chelsea and the Italian powerhouses.

There are now two options, Calcio Mercato continues a fee of about £7 million or another loan.

Although, as been previously said, it is questionable whether Lukaku would remain with the Blues under Potter, Lukaku’s contract at Stamford Bridge expires in 2026.

The £60,7 million-rated talisman said last month that he was upset about his departure in an interview with DAZN Italia.

He said that he does not think his standing at Chelsea will change.

Lukaku remarked, “The Chelsea season gave me extra incentive to achieve even better than before.” “I believe that after a year, people have forgotten my abilities on the field. I have a certain kind of anger inside of me.

“I had in mind to obtain a rematch with Chelsea when I left. I spent eleven years at Chelsea when I was younger, and I wanted to return there as the main character.

“After the last game, I began to consider my ideal circumstances. Since I had a challenging season at Chelsea and felt that things would not get any better moving forward, I decided to return.

Thank you for reading this article.

I appreciate all my readers and don’t forget to like this article, comment on it if you have any observations, and follow this page for more articles.