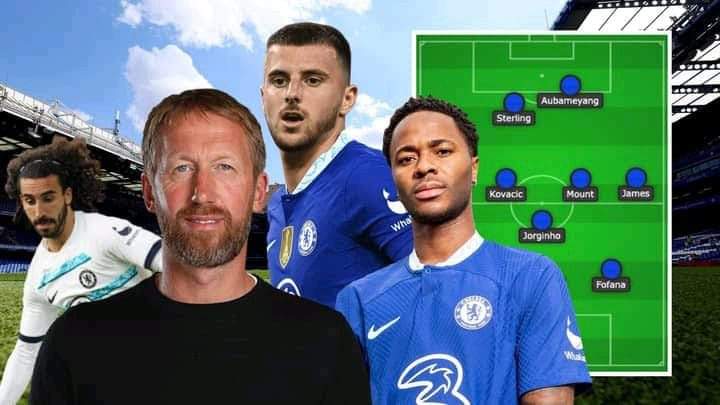 Graham Potter has revealed that managing his squad’s playing time in tandem with players carrying issues has led to his seven Chelsea changes as the Blues face Wolves. In addition to Wesley Fofana, who is absent due to a knee strain, Thiago Silva is absent from the Blues’ squad while Mateo Kovacic, Reece James, Ben Chilwell, Raheem Sterling and Pierre-Emerick Aubameyang have all dropped to the bench.

Chelsea are looking to earn their third win in a row under Potter, and the former Brighton boss still believes that his side are good enough to defeat a Wolves team who start with Diego Costa up front.

Potter said ahead of the game: “A bit of the schedule, individuals carrying certain things, recovery times and lots of other factors. But most importantly, we have tried to select a team that can win the match.

“I want to see a similar personality to the other night. I thought that was good. We need to attack and defend in a good and balanced way. We’re playing against a team with a lot of attacking players so it will be an interesting game.”

In Friday’s press conference, Potter considered what could happen to his Chelsea side over the coming weeks, but noted that some consistency would be required. With so many changes this afternoon, it will be interesting to see whether the Blues can strike that balance.

He said: “You always consider the opponent, you consider the players that we have. We had an injury, we lost Marc [Cucurella] through illness from Salzburg to Crystal Palace. One or two other things happening. Sometimes that can change how you go and approach a game.

“I think it’s important to have a couple of options because the personnel won’t be the same for the next 10 or 11 games before the World Cup break. It’s a really intense period where it’s important to have some options. I think we have to manage the balance between change and consistency. If things happen to be inconsistent always it can be destabilising.”