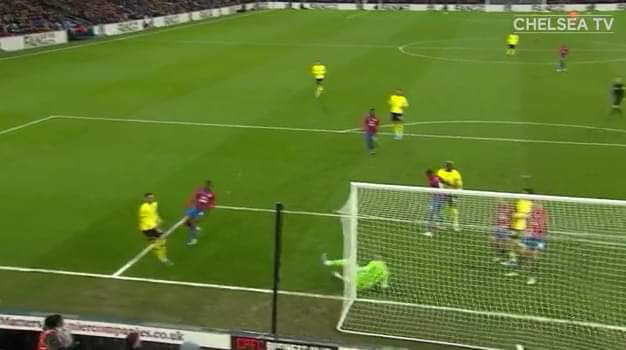 Blues supporters have voted Hakim Ziyech’s strike against Crystal Palace as the club’s best in February, meaning the winger receives a second consecutive Chelsea Goal of the Month award.

Ziyech already had that honour in January, for his curling effort against Tottenham, and has now made it a double after supporters chose his composed volley at Crystal Palace as our February Goal of the Month in an online poll.

It was another fine finish by the 28-year-old, showcasing his cool head and flawless technique as he patiently watched Marcos Alonso’s deep cross all the way before side-footing a volley into the back of the net at the back post.

Ziyech’s goal vs Crystal Palace | All The Angles

That composure was made even more impressive by the fact his strike was a last-minute winner away from home in a game which had already seen Ziyech have one goal ruled out by VAR. You can watch every angle of his February Goal of the Month in the video above.

It was a fairly close call for the thousands of Blues supporters who helped choose this month’s award in an online poll on the official Chelsea website and The 5th Stand app, though.

Ziyech took the honour with 32 per cent of the vote, putting him ahead of teenage forward Harvey Vale’s pinpoint shot into the top corner for our Under-18s in the FA Youth Cup quarter-final win over Blackpool.