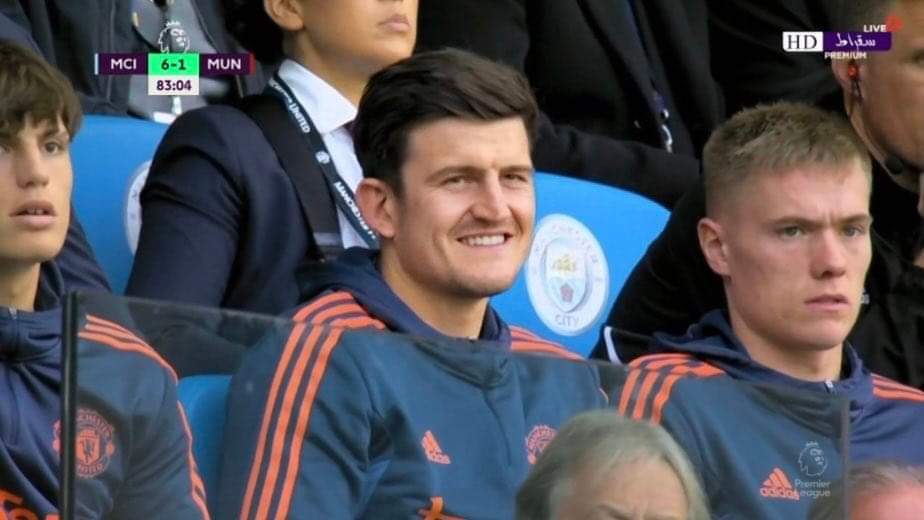 Manchester United saw their run of wins in four games come to an end with an embarrassing 6-3 defeat to Manchester City at the Etihad. Erling Haaland and Phil Foden both scored hat-trick, each netting a brace in the first half to hand the home side a 4-0 lead before finishing off the job in the second period. Antony & Anthony Martial notched consolation efforts for the Red Devils to add an element of respectability to the scoreline, but the Reigning Champions were dominant all through the game & highlighted the gulf in class between the two Manchester clubs. But over the course of the match, Manchester United Captain, Harry Maguire who was ruled out of the match due to injury against the Citizens was spotted laughing while his side were trailing by a scoreline of 6-1 at the Etihad

His reaction was bad & unacceptable, which wouldn’t sit right with some Man United fans, Which will do him more bad than good, considering how poor he has performed in defence this campaign.

The two youngsters behind him could be seen clearly unhappy and less excited about their team losing,

The 29-year-old should have acted more maturely as a captain on a tough afternoon for the Reds.