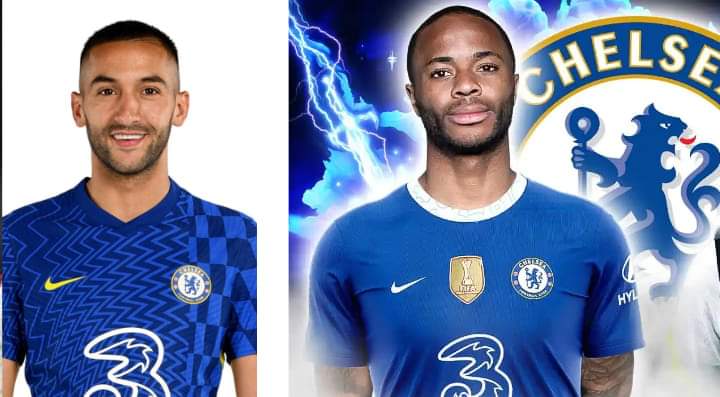 Thomas Tuchel will have £200M to buy players after the takeover is complete according to reports. This means that there is enough cash to sign top-class players.

Chelsea is on the lookout to strengthen their attacking options and one player that tops the chart of the head coach according to reports is Manchester City forward, Raheem Sterling.

He is considered by many as one of the best players in the world and has been pivotal for Manchester City in their dominance in the premier league having helped them to win four premier leagues in five years.

He has been consistent for Pep Guardiola’s side but recently has been in and out of the squad due to Manchester city’s vast number of attacking options. With some incomings this summer, he is set to leave the club according to reports and Chelsea is ready to bid for the winger.

He will be joining one of the best clubs in the world which boast a vast number of world-class players and one of such players is Hakim Ziyech. He is regarded by many as one of the best youngsters in the world, when he is in form, he is simply a joy to watch and he can score top-class goals and provide insane assists.