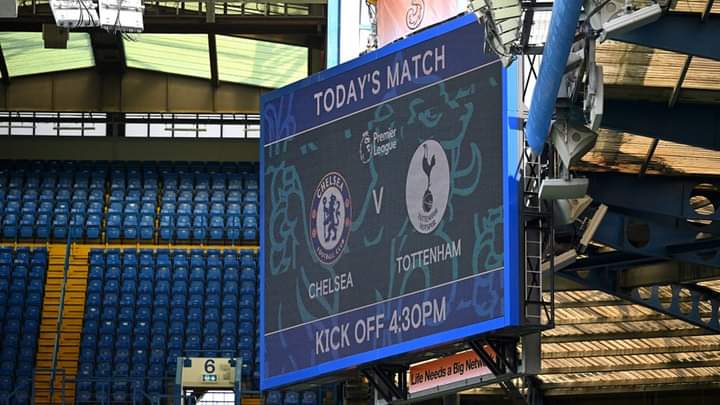 Chelsea have dominated the fixture with 5 wins in their last 6 most recent meetings against Tottenham hence clear favourites to clinch all the 3 points.

Chelsea won their opening fixture 1-0 against Everton goal courtesy of Jorginho while Tottenham won 4-0 against Southampton. Chelsea Boss Tuchel is confident that the Blues will clinch all the 3 points as he has never lost any match against Tottenham in all competitions. Chelsea are set to.unleash unstoppable and fierce 3_4_2_1 formation that could silence Tottenham Hotspurs at Stamford Bridge on Sunday Evening in London Derby. Chelsea Goalkeeper Edouard Mendy is set to start covered by Koulibaly, Thiago Silva and Cezar Azipilicueta in the defence. Chelsea midfielders will usher in Cucurella, Reece James, Jorginho and N’Golo Kante while the attacking role will comprise of Raheem Sterling, Kai Havertz and Mason Mount.